5 reasons why Ayushmann Khurrana's 'Dream Girl' is must watch

There are many reasons that Ayushmann Khurrana starrer 'Dream Girl' make this quirky entertainer a must-watch. 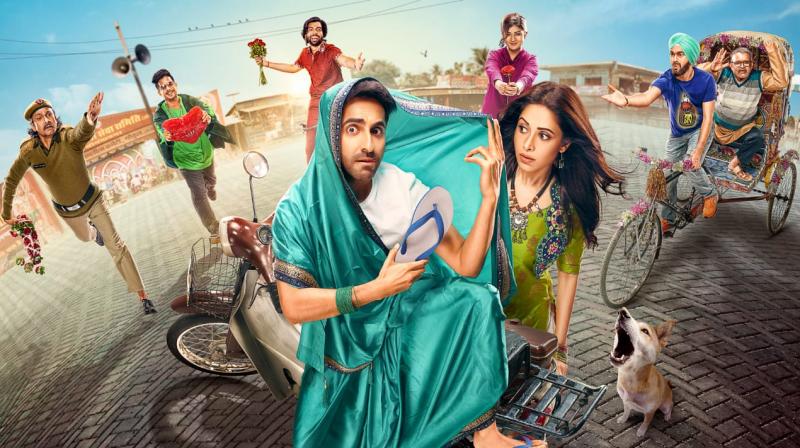 Mumbai: Ever since its trailer released, there has been a lot of buzz around writer-director Raaj Shaandilyaa’s Dream Girl, starring National Award-winning actor Ayushmann Khurrana and Nushrat Bharucha and today the film is releasing all over and the 'Pooja' magic will grip all the audience.

There are many reasons that Ayushmann Khurrana starrer 'Dream Girl' make this quirky entertainer a must-watch. Here are the 5 reasons which makes the film wholesome entertainer and a must watch this Friday.

Ayushmann Khurrana has proved his mettle as an actor and is known for his unique choice of stories. The actor has delivered a series of hits and in this family entertainer, he will be seen in a never-seen-before avatar which will make you amaze.

The movie features an impressive list of actors, including Annu Kapoor, Vijay Raaz, Manjot Singh, Abhishek Banerjee, Nidhi Bisht, Raj Bhansali and Rajesh Sharma, among others. Together, these actors are expected to up the entertainment quotient of the film.

A male caller played by Ayushmann Khurrana, at a female friendship call center in Mathura, who impresses everyone with his mesmerising female voice and unique ways of solving people’s problems. Film’s unique storyline will appeal to people across age groups.

Dream Girl’s trailer has been appreciated for its witty punchlines and quirky dialogues. With a blend of humour, drama and entertainment.

The album of Dream Girl is a mix of massy and peppy music. While Radhe Radhe celebrates the festive fever of Janmashtami, Dil Ka Telephone reflects the film’s entertaining theme. On the other hand, Ik Mulaqaat is a soothing love ballad that has already garnered popularity. The unplugged version of the same song, dubbed in Ayushmann’s voice, adds to its charm. The makers also launched another peppy, high-on-energy Punjabi track, Gat Gat, which is touted to make everyone hit the dance floor.