The actress recently appeared on the chat show ‘Feet Up with the Stars’ and had interesting answers to tricky questions. 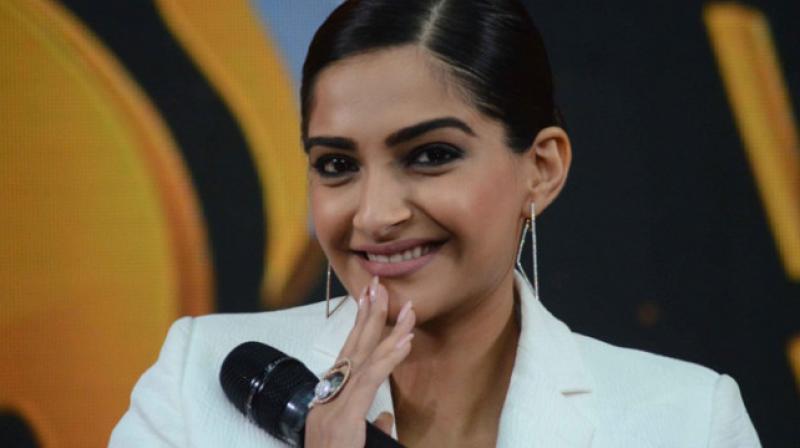 Sonam Kapoor has started shooting for ‘The Zoya Factor.’

Mumbai: The rapid fire round on Karan Johar’s ‘Koffee with Karan’ used to be that exclusive fun segment once upon a time, but today many other chat shows, which also include a similar segment, have sprung up, and they always turn out to be enjoyable for the audiences.

After Neha Dhupia’s ‘No Filter Neha’ podcast, fashion designer Anaita Shroff Adajania, wife of ‘Cocktail’ director Homi Adajania, is the latest to join the bandwagon in the interesting ‘Feet Up with the Stars’ web show.

Sonam recently appeared on the show and made several interesting answers to some of the tricky questions. Check out some of the replies that Sonam gave to Anaita’s queries on the show:

Have you mentally murdered a co-star?

Yes, several times. I can even name them, because they are my friends. I think it was a competition between Shahid (Kapoor) and Ayushmann (Khurrana), who takes longer to do their hair. Oh god!

One celebrity who could benefit from being on Tinder?

Jackie (Jacqueline Fernandez) I was like, ‘For God’s sake (date).' She was like, “Sons (Sonam), I don’t know what to do. I can’t meet anybody. I said, 'If you stop working so much, then you will meet somebody na?

#Troublemaker: Kangana Ranaut, in the best way possible. She wants to break the glass ceiling and you need to be a troublemaker to do that. Not a trouble maker, but someone who stirs the pot. She does it in the most incredible way, so kudos to her.

#Toohottohandle: Katrina (Kaif), she is so hot. Now (looking) her Instagram profile, I’m just like, ‘What is she on?’

Best dressed man: My dad (Anil Kapoor) is very well-dressed. Anand (Ahuja) dresses very well. (When told she kept it in the family) It’s true, I’m sorry, it’s got nothing to do with family.

‘Feet up with the Stars’ airs on the digital platform Voot and episodes featuring Karan Johar, Jacqueline Fernandez, Kartik Aaryan and Ayushmann Khurrana are also out.