Never been called handsome in my own country, says Nawazuddin Siddiqui

The actor chats about Manto, commercial films and why being compared to Italian actor Marcello Mastroianni is an achievement. 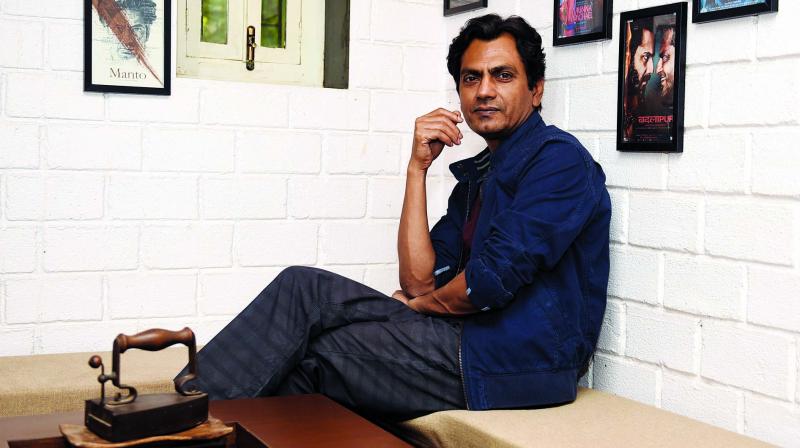 Rarely has an Indian actor received as much praise from the hard-to-please foreign critics as Nawazuddin Siddiqui has for his performance in Nandita Das’s Manto. The Hollywood Reporter writes of him, “Here, the versatile Nawazuddin Siddiqui is transformed into an astounding resemblance of the writer, in what may well be Manto’s definitive screen persona. Siddiqui hurls Manto’s talent, wit, self-destructiveness and tragic gravity at the world like a punch in the stomach — in fact, very much like the stories he was writing after 1946, when the film takes place…. The handsome Siddiqui, flashing the cleft chin and defiant gaze of an Indian Marcello Mastroianni, is riveting even when Manto enters a downward spiral of alcoholism in the final scenes.”
The actor shares his thoughts on the all praise coming his way.

The Hollywood Reporter has called you handsome and compared you with Italian actor Marcello Mastroianni. How do you feel?
To be called handsome by one of the most authoritative publications on American cinema is something I value. I have never been called handsome in my own country, by the people I know, or by the critics who love my work. So it gives me a great kick. As for being compared with Marcello Mastroianni, oh my god, he is such a brilliant actor, so skilled and with such a riveting screen presence. When I’d watch him in the films of Vittorio de Sica, I’d wonder how a performance could be so natural.

Like Mastroianni and Manto, you never have to raise your voice to be heard.
I’ve tried to keep my interpretation of Saadat Hassan Manto as quiet, restrained and controlled as possible. Manto never raised his voice, yet he never had a problem getting people to listen to him. The louder we speak, the more we expose our insecurities about losing our identity. We Indians speak too loudly.

You are getting there. Your performance in Manto is something Mastroianni would have recognized.
You know, when I was in Rome shooting for my friend Tannishtha Chatterjee’s film, I had the opportunity to visit a museum devoted to Marcello Mastroianni. Just to see artefacts from his films and savour experiences from his life gave me a tremendous high. Where are the museums dedicated to great Indian actors like Ashok Kumar and Dev Anand?

Which other actors do you admire?
I don’t admire actors. I admire performances. I watched this film from Hong Kong called In The Mood For Love, and I was blown away by Tony Leung’s performance in it. I thought Michal Keaton was mind-blowing in Birdman. But my favourite performance is Leonardo DiCaprio in Wolf Of Wall Street. He played the character as wildly as possible without bothering about pitch or rhythm. I like that sense of unpredictability in a performance.

Do you strive for it too?
I do. I don’t care about any of the trappings of showbiz. But I wouldn’t say that I don’t care about the money that comes from big commercial films. The money I make from doing a film like Genius empowers me to do Manto for free.

Do you make enough money through commercial films?
Our film industry has a strange rule. They know your exact value and they pay you the amount you deserve. Not a penny more and not a penny less. So yes, I’d say mainstream cinema pays me well.

You are being praised like no other actor in living memory. Does that make you vain?
I don’t sit and think about the praise coming my way. I just move from one role to the next, looking for new challenges. I love looking for nuances in my characters.