The actor says that he’s chosen to do a web-series at this stage of his career because of the massive reach that digital platforms have. 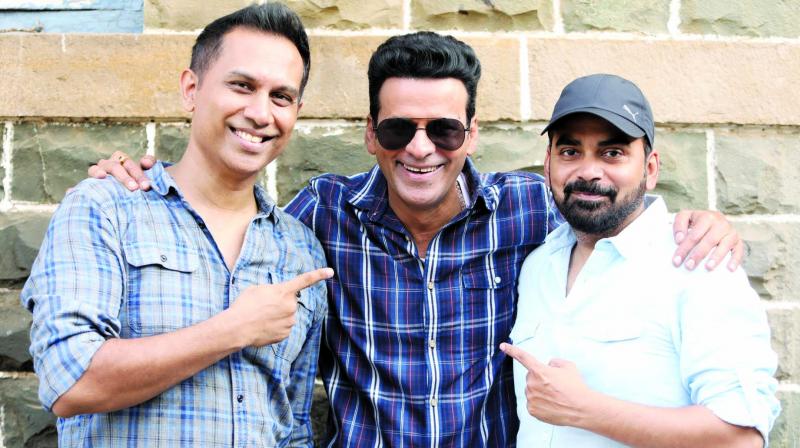 The actor who’s known for being a part of meaningful cinema is unhappy about the lack of outlets for series films.

Filmmakers Raj and DK, who’re basking in the success of their horror-comedy, Stree, are headed to Ladakh for the shooting of their upcoming web-series, The Family Man. The series, which stars Manoj Bajpayee in the lead role, is about an intelligence agent who’s trying to balance official duties and family obligations.

The actor says that he’s chosen to do a web-series at this stage of his career because of the massive reach that digital platforms have. “The audience on digital platforms is staggering. For films of mine that have been pushed out of theatres even before they had a chance to be seen, I’ve got people coming and telling me how much they’ve loved them after watching them on the internet,” he says.

The actor who’s known for being a part of meaningful cinema is unhappy about the lack of outlets for series films. “We had to fight tooth and nail for theatres, screens and shows for Gali Guleiyan. I am frustrated with our cinema exhibitors’ obsession with mass entertainment. They need to understand that new India has a new cinema-viewing audience which welcomes every kind of film. That’s why Stree and Satyameva Jayate have succeeded,” he says.

Talking about the upcoming series, Manoj says, “It is about an unsung hero, someone who constantly jeopardizes his life for the country at the cost of his family life. I agreed to do it because I loved the script. Also, I’ve been meaning to work with Raj and DK for some time now. I’ve watched Go Goa Gone, and I like its fresh energy and the directors’ appetite for the wacky and edgy.”

In the midst of a busy schedule in Ladakh, producer Raj Nidimoru tells us, “The first schedule of The Family Man is being shot in Ladakh, and the second schedule will be shot in Leh, Srinagar and Pahalgam. We want to try out a different genre, and this one’s a thriller-drama about counter-terrorism. For the protagonist, it’s a just a regular government job though. He has to balance the struggles of every government employee — getting a house, buying a car, raising kids — with his highly-sensitive work.”

He reveals that Bajpayee was their first choice for the lead role. “We’ve also decided to cast actors from various regional film industries — Telugu, Tamil, Malayalam, and Marathi — as well as local Kashmiri actors and actors from Mumbai,” he says.