The journey to Love Sonia, however, took Tabrez 15 long years, mainly because no one wanted to make a movie on trafficking in Hindi. 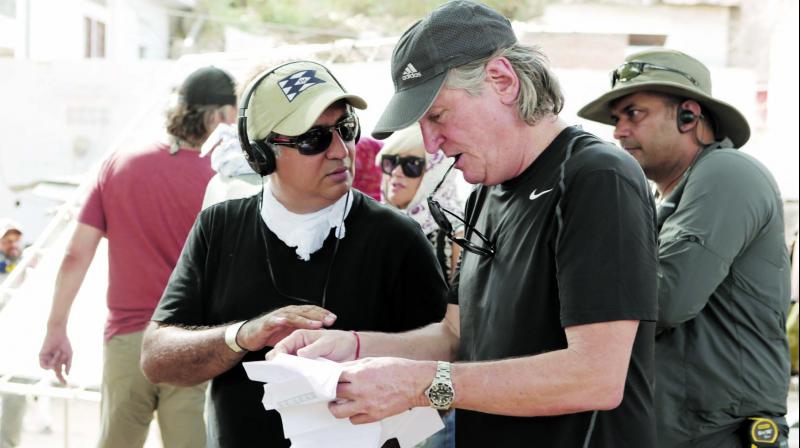 Tabrez Noorani during the making of Love Sonia

Producer Tabrez Noorani has a repertoire of films  to his credit— Slumdog Millionaire, Life of Pi, Zero Dark Thirty, Hundred-Foot Journey, Mission Impossible — Ghost Protocol, to name a few, and is perhaps the sturdiest bridge between Hollywood and India. In 2016, he switched gears to wield the megaphone for his directorial debut, Love Sonia, which is receiving plaudits around the world and is warming up for its India release this week.

While most producers make the big switch to the director’s chair to attain greater control over the medium,for Tabrez there was an inherent sense of attachment towards the subject of the film. “It was just a cause I felt so passionately about,” he shares. Love Sonia cuts through the ghastly nexus of the global sex racket and human trafficking and is based on the story of a young Indian village girl whose life is changed forever when she is trapped in this inescapable, labyrinthine network.

The journey to Love Sonia, however, took Tabrez 15 long years, mainly because no one wanted to make a movie on trafficking in Hindi. “Pretty much everyone I approached, whether in India or in LA or the UK, refused. But I just had to continue and luckily I found a really good producer in David Womark, who stood by me. Eventually, we were able to source a small amount of money to get the movie made,” he shares.

At the outset, while Tabrez was working on a few films, he came across a story of an Indian girl who was trafficked. That immediately demanded his attention. “It became very clear that my script should focus on that story. In the process of research, I started to get involved with NGOs. Then over a period of years, I met a lot of girls who were trafficked and so through all these experiences and real-life stories, the screenplay started developing,” he explains.

These incidents inspired Tabrez to work with non-governmental organisations that focused on trafficking in Los Angeles, and he has also participated in several brothel raids. All these experiences gradually transformed into a two-hour feature film. But he’s glad that he only made the film now, “Because the script came together now and I had to stop producing in order to make my own movie,” says Tabrez who last produced the Netflix original sci-fi series, Sense8 before fully committing his time to Love Sonia. 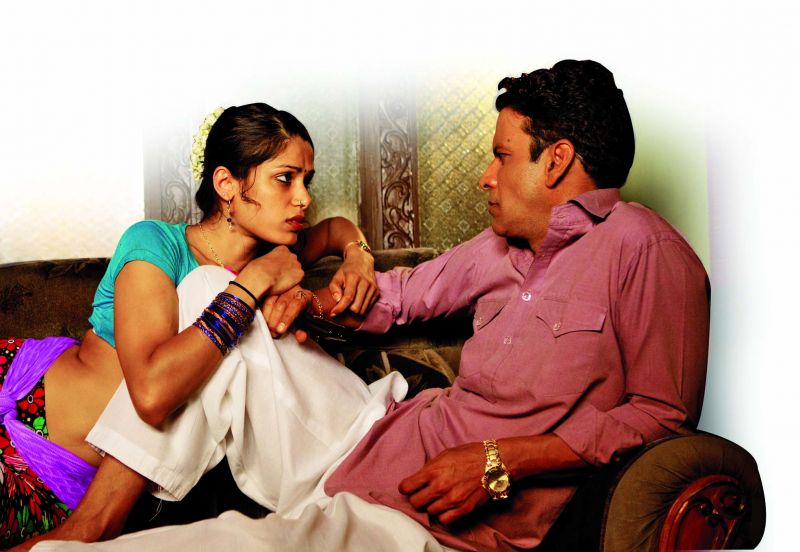 The director also claims that his debut is one of the most authentic representations of human trafficking ever made, and says, “I’ve put everything that I’ve seen into the movie,” to authenticate his statement. “Whether it’s the set design, to have them (victims) meet with actors or actors doing research and the way that is portrayed; when you see it, you realise it is completely authentic because the problem is you can’t paint a rosy picture.” He further elaborates on the typical representations of these subjects, “These trafficking brothels aren’t brightly lit, so you cannot have colours everywhere, there is a particular representation of them for certain reasons.

When you make a movie like this, you need to keep it real otherwise audiences are not going to buy what these girls go through,” he explains. But all these nuances are pronounced only when one has a directorial bent of mind and the producer has been sharpening his skills ever since he was a school boy in Bombay. Incidentally, Tabrez received exposure to the field through an uncle, Zafar Hai, a reputed commercial and documentary filmmaker in India. “Along with production, I have also been into a lot of second unit movies. I direct a lot of commercials and music videos as well. So, I’ve always had a little bit of directorial background, but people know me more for the producing work,” says Tabrez.

Besides the gripping storyline of Love Sonia, the film has a multifarious cast starring Mrunal Thakur as the title character along with Riya Sisodiya, Freida Pinto, Demi Moore, Manoj Bajpayee, Richa Chadda, Anupam Kher, Adil Hussain, Rajkummar Rao, and Sai Tamhankar.  The real challenge, however, was "working with a large number of actors with very little money and shooting at real locations to retain the authenticity," says the director. With a largely Indian cast, including Freida Pinto, the presence of actress Demi Moore grabs quite a lot of attention. But it was no marketing ploy to lure audiences, "Demi is actually the co-founder of the NGO called Thorn. What Thorn does is, it specifically fights child pornography and child trafficking using technology. So she is in this space and she feels very strongly about sex trafficking and when she heard about the film she wanted to support it and was happy to come on board," he shares.

The film is shot in India, Hong Kong, and Los Angeles and is not based in any one country. But in the course of research, one of the most startling revelations for Tabrez were the figures of profits from this trade in the Asia Pacific region. "When the ILO released their figures in 2014, their numbers reflected profits from forced human labor at $150 billion a year and 99 billion of that accounts for human trafficking. Most of that is sexual exploitation. So you are looking at about 21 million slaves at any given time in the world. Out of the 21 million slaves, about 53 percent of them are in the Asian Pacific region," he adds.