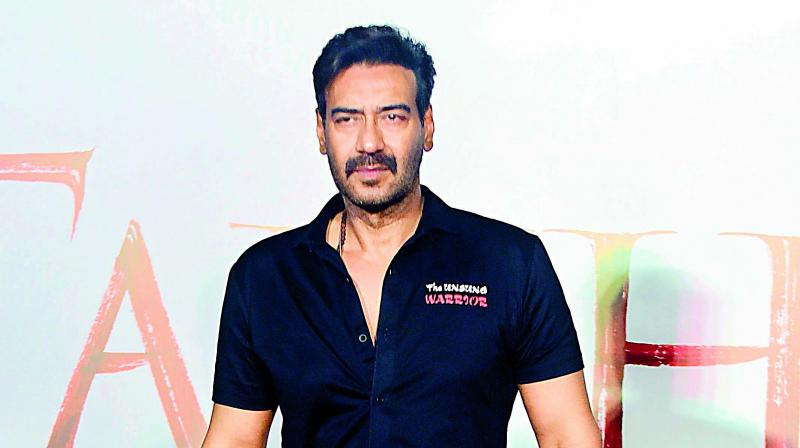 Ajay Devgn is going to be a very busy man! The actor was back at his Juhu office on Tuesday, getting ready for his next set of assignments.

With the premiere of his Tanhaji: The Unsung Warrior on a satellite platform scheduled soon, he was working on its promotions, and also on the schedule for his film Bhuj: The Pride of India.

“Abhishek Dudhaiya debuts as director with Bhuj. A few days of shooting are pending and the filmmakers are working out how to handle things, taking all safety precautions and ensuring that no one is in danger,” said a source after we spotted the bespectacled Ajay in a tee and shorts at his film company.

“Ajay wanted to know how many long shots and close-ups of his were required,” the source added.

Anil Nagrath, secretary of the Indian Motion Picture Producers’ Association, says “While a cast and crew over 65 can work now, in Maharashtra, if there was a team of 100 working earlier, only 33 percent will be allowed. So, the shooting will need to move out. Bhuj will most likely wrap up the last portion in Hyderabad.”
Bhuj also stars Sanjay Dutt, Sonakshi Sinha and Nora Fatehi.