On Sridevi’s birth anniversary, Janhvi Kapoor goes back in time with beautiful photo

The 21-year-old took to social media to post a childhood picture of hers as a child in her mom's arms. 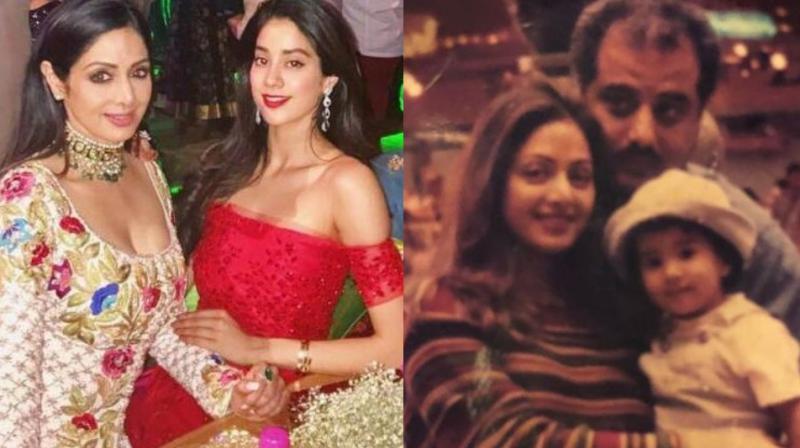 The picture that Janhvi Kapoor shared on Instagram with her parents, Boney and Sridevi.

New Delhi: Janhvi Kapoor has shared an adorable picture with her parents Sridevi and Boney Kapoor on the occasion of her mother's birth anniversary.

The 21-year-old took to social media to post a childhood picture of her as a child in her mom's arms.

Sridevi passed away on February 24 in Dubai, where she went to attend a family wedding. The late actor would have turned 55 on Monday.

Born as Shree Amma Yanger Ayyapan in 1963, she was known for her iconic roles in Hindi movies like 'Chandni', 'Lamhe', 'Mr India', 'Chaalbaaz', 'Nagina', 'Sadma', and many more. The Padma Shri awardee had also made a mark with her stellar performances in Tamil, Telugu, Hindi, Malayalam and Kannada films.