Share a beautiful bond with my daughters: Arjun Rampal

In a freewheeling conversation, Arjun Rampal talks about fatherhood, his daughters and upcoming projects. 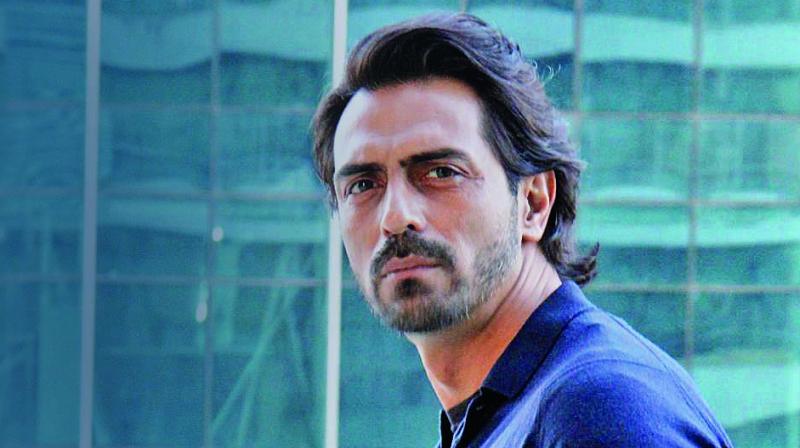 Supermodel-turned-actor Arjun Rampal is aging like a fine wine and at 46 as he still looks dapper. From his debut in a Pyaar Ishq Aur Mohabbat to essaying the role of gangster-turned-politician Arun Gawli in Daddy, Rampal has come a long way.

While his initial releases did get him recognition, the turning point was 2002 thriller Aankhen that gave him space to prove his mettle. So in a career spanning over a decade, his filmography has been a mixed bag bringing forth the actor in Rampal. “That’s life, with its lows and highs. I got opportunities, which I took and changed them around,” says the actor as he settles for the launch of UNLEASH, a song by iAmAnimal to save animals.

Over the years, the audience has grown to love and appreciate the change Rampal brought with his role choices. For which the actor relied heavily on his instincts, as he believes it is one of the most important and purest thing an actor posses. “Your gut feel is what tells you what is going to be challenging and what's going to be compromised. If you have taken on the path that is challenging and you are brave enough to do that, then you will benefit a lot from it,” asserts the National Award winner.

Rampal believes that an actor’s job is to keep reinventing and should have the ability to be constantly doing so. However, the biggest challenge for him is to team up with the right director and the writer. “I think this is why I am always much slower in doing what I do. I am very picky with roles and not everything comes to me. So you wait, be extremely patient because I don’t want to do anything and everything,” he says. And it is this versatility of this profession that keeps the actor in him on the edge.

“An actor has to do everything, that is the beauty of it. From the day I came into the industry, I have never done the same thing. If I were to come here and do the same thing over and over again, then I would be killing the whole purpose of coming in here. I would kill the versatility of a profession that allows me to be just anything,” shares the Inkaar actor.

An outcome of which saw Rampal turning to a scriptwriter with Ashim Ahluwalia’s Daddy, an experience that matured from his working closely with the Arun Gawli family. “It needed a lot of research and the work to bring such a huge amount of research into a tight script. And to not let it get scattered was becoming more and more challenging. Since I was in close touch with the family from the beginning, I started to pen it together. Everybody liked what was happening and encouraged me to do it. So Ashim and I kind of formed the screenplay together,” he recalls.

Adding another feather to his hat was Rampal’s foray into web-series as Captain Karan Sachdev in The Final Call. For someone used to making appearances on 70mm screen, the transition to the small screen was no different, except for the liberty it brings. “The work and process are the same, the difference is that you get a lot more creative freedom. You are not stifled by the box office performance or what your audience is going to do. You can really experiment with it, that was the exciting part,” he lists.

Agreeing that the OTT platform does kick out the censorship, the difficulty is with bringing the audience back to it. “It is tough because you have to have these amazing cliff-hangers through every episode which allows the audience to come back. You can’t get too preachy or boring, you are shooting a lot of content but in the same amount of time as you make a film. You work a lot more,” he chuckles. Even then, a medium doesn’t matter to him as much as good character does.

Terming the current scenario as a golden period for actors, filmmakers and the writer to prosper, Rampal apart from reading scripts, is keen on producing too. “Right now there are a lot of good writers out there and I really enjoy the whole aspect of production. That is because you have control over the product, right from the beginning to end, you want to make. I really feel there is some great talent out there who would like to tell stories in a different way and hopefully create a niche for themselves,” he says.

Last seen in JP Dutta’s Paltan, the actor is now on a break and will resume shooting in September after the birth of his child with girlfriend Gabriella Demetriades. “The time is near, I am really excited. Keeping my fingers crossed,” he smiles.

Soon after he will get on with his three movies and an adventure film as he reveals, “There are movies that I am going to start working on as soon as we have the baby. Two of which are thrillers and one is out and out action film. There is one full-on thriller that I am producing and will happen next year. Apart from that, I also want to do one adventure film that I am putting together right now.”

As the conversation drifted towards his personal life that has been under the media glare, Rampal without any hesitation acknowledges it and says, “I don’t read about it or listen to anybody. I just move on with my life,” he asserts. On what does he tell his daughters Mahikaa and Myra Rampal, about tackling the unwanted attention, the actor reveals that his young kids are in fact his advisers. “They give me advice that I shouldn’t get affected by all this, they both are gurus. It is a beautiful relation that I share with them, we are best friends,” he concludes.