Priyanka Chopra is never behind when it comes to expressing love to her in-laws. 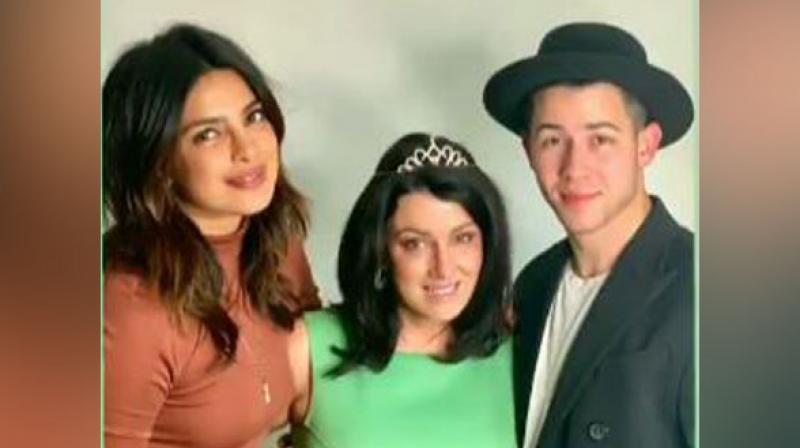 New Delhi: Priyanka Chopra is never behind when it comes to expressing love to her in-laws. And yet again, the actor had a sweet message as she wished her mother-in-law, Denise Jonas, a happy birthday!

The 36-year-old posted an adorable picture with husband Nick Jonas and her 'Mama J' on the Instagram story and wrote, "Love you loads Mama J, wishing you the best day ever!!!" 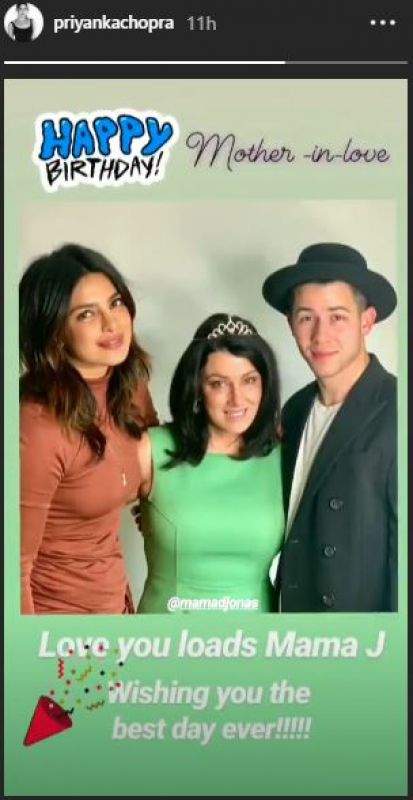 After tying the knot with Jonas in December last year, the 'Mary Kom' actor had never shied away from sharing her adulation for the Jonas family.

Currently, the actor seems to be having the time of her life with her husband and is not behind in sharing deets of her fun vacay on the picture-sharing site- Instagram.

Recently, she shared a picture and is seen all drenched in water as she posed by the water with a cocktail in her hand. The two had been strolling the streets of France and later Italy as part of their holiday.

On the work front, Priyanka wrapped up shooting for 'The Sky Is Pink' in June and penned a heartfelt post for the team.

'The Sky Is Pink' marks the Bollywood comeback of Priyanka after a hiatus of almost three years. The film is based on the life of Aisha Chaudhary, who became a motivational speaker after being diagnosed with an immune deficiency at the age of 13. It also sheds light on the love story of her parents. The film is co-produced by Priyanka, Ronnie, and Siddharth and will hit the big screens on October 11, this year.