Entertainment   Bollywood  13 Jul 2018  I am scared of people and their emotions, says Ishaan Khatter
Entertainment, Bollywood

I am scared of people and their emotions, says Ishaan Khatter

Dhadak is a romantic drama directed by Shashank Khaitan and produced by Dharma Productions and Zee Studios. 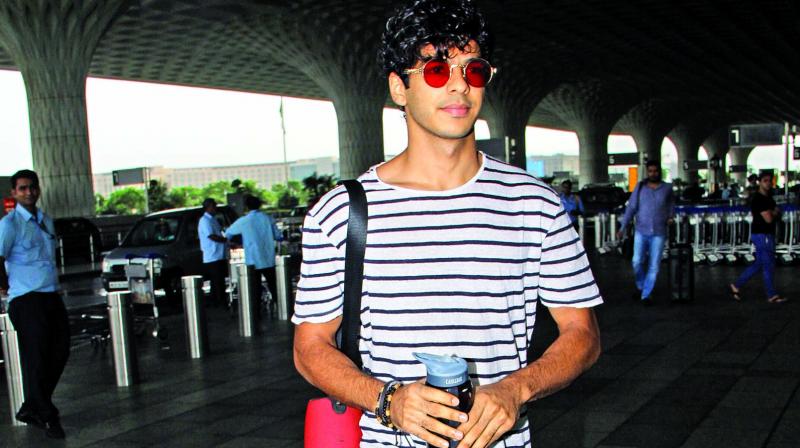 Ishaan Khatter, who’s busy promoting his upcoming film Dhadak, is unlike most other star-kids. Humble and rather outspoken, he isn’t afraid to admit his fears.

“I am scared of people and their emotions. At times, people say things that hurt me. But that only happens with a close set of people, not everyone. I am scared of being vulnerable,” Ishaan says.

Dhadak is a romantic drama directed by Shashank Khaitan and produced by Dharma Productions and Zee Studios. It’s a remake of the 2016 Marathi film Sairat, and it stars Janhvi Kapoor and Ishaan Khatter in the lead roles.

The young actor, who’s been spotted at several film festival, says that he is greatly inspired by the films screened at such events.

“I have been going to film festivals from the age of 17, and they’ve left a strong impact on me. The films Limelight and The Double Life of Veronique were especially impactful because of their characters and their plots,” the 22-year-old says.