'It's a healthy exercise': Ranbir on Salman compensating distributors for Tubelight losses

The actor-producer also has plans to do the same, if his upcoming film 'Jagga Jasoos' flops at the box office. 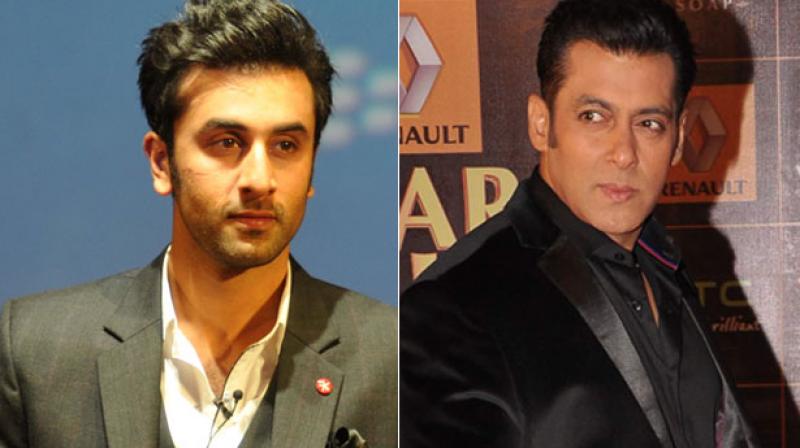 Salman Khan and Ranbir Kapoor are often said to be at loggerheads due to their association with Katrina Kaif.

Mumbai: Actor Ranbir Kapoor said if he makes money out of a film which is failing at the box office, he will definitely pay back the distributors.

Recently, there were reports that superstar Salman Khan has decided to compensate ‘Tubelight’ distributors after the film did not do well at the box office.

When asked to comment on it, Ranbir told reporters, "It has been going on since my grandfather's (Raj Kapoor) time in 1950s... the style of making films where everyone makes money, not just the producers but also distributors and exhibitors.

"It is a healthy exercise. If someone loses money on something and you have made money out of it, it's good to compensate. But that depends on person to person and film to film," he added.

The actor said his grandfather followed a similar trend and he will do the same.

"Like when 'Mera Naam Joker' released, distributors incurred losses. So when 'Bobby' released, my grandfather gave a bigger share to the distributors than the exhibitors.

"Personally, if my film fails and I am making money out of it, then I will pay back the distributors,’ the actor said during a special event of his upcoming ‘Jagga Jasoos’.