Entertainment   Bollywood  13 Jun 2019  We are touched by this gesture from Salman Khan: Witness of 1947 partition
Entertainment, Bollywood

We are touched by this gesture from Salman Khan: Witness of 1947 partition

The superstar hosted a special screening of Bharat for the families who say the journey through the era of partition in 1947. 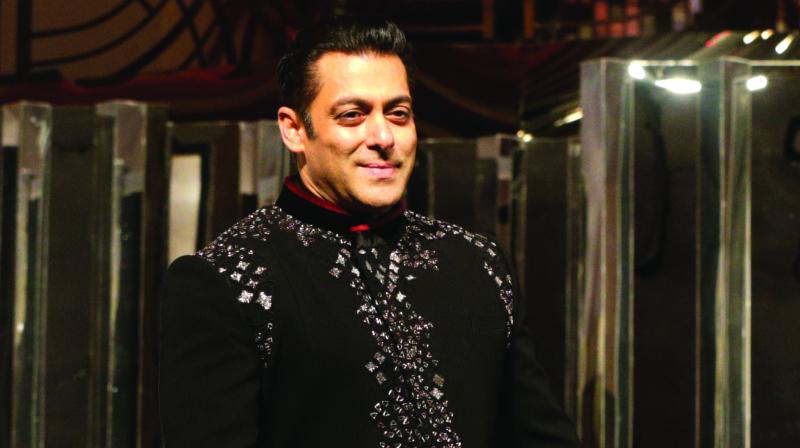 Mumbai: Bharat has already set a record of being the highest opening ever for Salman Khan. Also, the film becomes the second highest opening of all times and still continues to fly higher than ever. To make the journey even more special, the superstar hosted a special screening with the families who say the journey through the era of partition in 1947.

The evening was held in special association with an organisation, ‘1947 Partition archives’. Ecstatic about the massive success of Bharat, Salman Khan arranged a special screening for all the real families who have experienced the events of 1947 partition and present at the event were the elders of the age 75 to 85 years. There were seven families, just like the storyline of the film who had come back to India, separately and reunited over a period of time. The real heroes enjoyed the special screening along with superstar Salman Khan and Katrina Kaif where a barter of emotional journeys was exchanged.

Salman Khan also shared a few moments on his official social media handle, Salman wrote, "Special screening of #Bharat for the real families who experienced the events of 1947 and the partition. Honoured to meet all of them! Salute to the real #Bharat families". At the meet, Salman made sure that he personally heard each of the tales while sharing the emotions that the exchange entailed.

Overwhelmed after the screening, Atu Relwani, a witness to the historic partition shares, “We are touched by this gesture from Salman. I had tears in my eyes while watching Bharat, especially when the train scene happened. I was nine years of age when we travelled from Hyderabad on a train just like that. The story of Bharat is touching and real and Salman made it more special”.

Another family member present at the event, Tarachandani HM expresses, “Salman in Bharat reminded us of the vision, commitment and struggles we carried along from one land to the other. To me, the train scene when I had looked for my family back in 1947 brought back all the memories. The movie is par excellence with its storytelling”.

The 1947 Partition Archive is a nonprofit oral history organization in Delhi, that collects, preserves and shares firsthand accounts of the Partition of India in 1947. They collate and document histories of the people who have seen the times of Partition and emphasise on the need to document. The archives also recently launched a campaign called #ChasingMemories to immortalize the dying oral histories of Partition.

After receiving appreciations and setting the record straight with the release on Bharat, Salman Khan is beaming with pride and expressed gratitude to all the real families who have experienced 1947 partition where the storyline and the real experiences found common ground.

Touted to be the ‘biggest film of all times’, Salman Khan starrer is charting new records already. The nation saw a fan frenzy and the numbers are proof.