Rajinikant gets into Tamil Nadu school textbook with the likes of Charlie Chaplin, Steve Jobs and Oprah Winfrey. 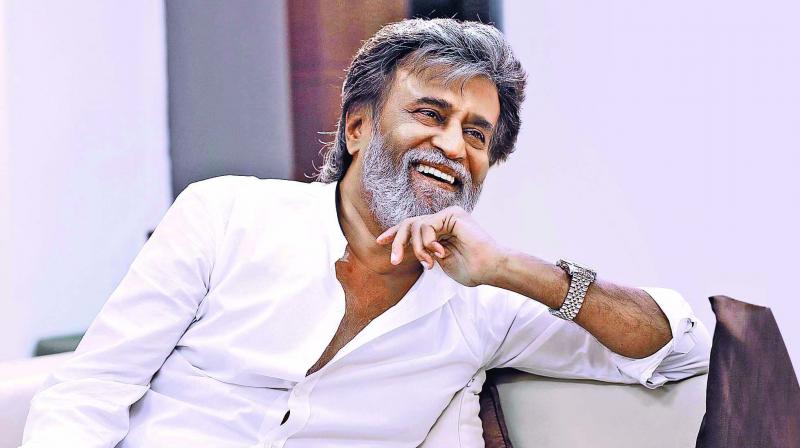 Superstar Rajinikanth is not just a name. He is a phenomenon.  Remarkably humble even in his super stardom, he has been a huge inspiration to many. His popularity is such he is even included in the textbooks of school kids now.  After legendary MGR and Sivaji Ganesan, it is the turn of Rajini to be included in a chapter in a 5th standard textbook in Tamil Nadu.

The Chapter — Rags to Riches Story — narrates examples of great personalities who went from being poor to becoming rich and famous through sheer hard work. The textbook contains details of some of the achievers in the fields of politics, administration, arts and sports, in which Rajini is featured alongside of Charlie Chaplin, Steve Jobs, Oprah Winfrey and other eminent personalities. It has a picture of the Superstar and a few facts about his life, an inspirational tale for young students.

The journey of Rajinikanth, born as Shivaji Rao Gaakwad in a Marathi family in Karnataka, is nothing less than astonishing. His meteoric rise to  a demigod for cinema-goers of Tamil Nadu and who still rules the Tamil industry at the age of 68 and romancing young heroines on screen, it is indeed a success story brought about by hard work and persistence.

For those people who may not be aware, Rajini started his career as a carpenter and then became a bus conductor before making his foray into tinsel town. The chapter in the book narrates his life as it traces its roots.

Rajinikanth has acted in over 165 films in different languages like Tamil, Telugu, Kannada, Hindi, Malayalam.  He is recognised in Hollywood too as much as he is nationally, and not just for his enigmatic on-screen presence but also as a person who is humility personified. Presently, he is working in Darbar in AR Murugadoss direction.

He also nurtures political ambition, but he is yet jump into the political arena, despite having made many statements regarding his political entry in a State obsessed with film stars as netas.