In Ram Leela, Bajirao Mastani and Padmaavat both Deepika and Ranveer’s characters don’t survive in the end. 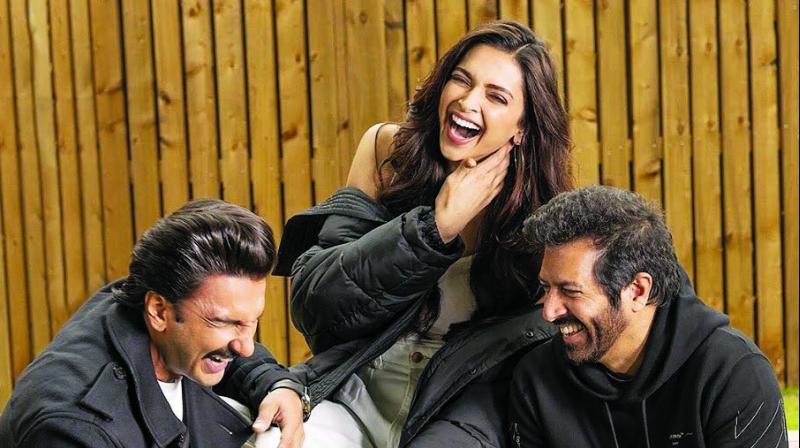 Ranveer Singh’s excitement is palpable as he collaborates with wife Deepika Padukone for the fourth time for ‘83.

Ranveer Singh’s excitement is palpable as he collaborates with wife Deepika Padukone for the fourth time for ‘83. Apparently, Deepika has been paid Rs 14 crores to agree to be part of the film.

But we wonder how much of a role she would have in the film. “‘83 is about the Indian cricket team led by Kapil Dev winning the 1983 World Cup in England and Wales. How much of a role Deepika can have as Kapil Dev’s wife in a plot that is not devoted to Kapil’s off-field life?” wonders a source.

Sources also believe that Deepika was reluctant to step aside from centre stage to do ‘83 after back-to-back author-backed roles in Ram Leela, Piku, Bajirao Mastani, Padmaavat and  the forthcoming Chhapaak.

“She was in two minds and wasn’t sure if she wanted  to play a non-central  character,” says another source close  to the producer. So how did she get convinced to finally do the role? “I think Ranveer almost convinced her, then the zeros on the cheque did the rest,” says a source close to the producers of ‘83.

This will also be the first film where the couple won’t be dying at the end. The three films they’ve done together earlier, all directed by the operatic maestro Sanjay Leela Bhansali, were love tragedies. In Ram Leela, Bajirao Mastani and Padmaavat both Deepika and Ranveer’s characters don’t survive in the end.