She became top choice for Bollywood directors as her name has popped up for many projects including ‘Dabangg 3’. 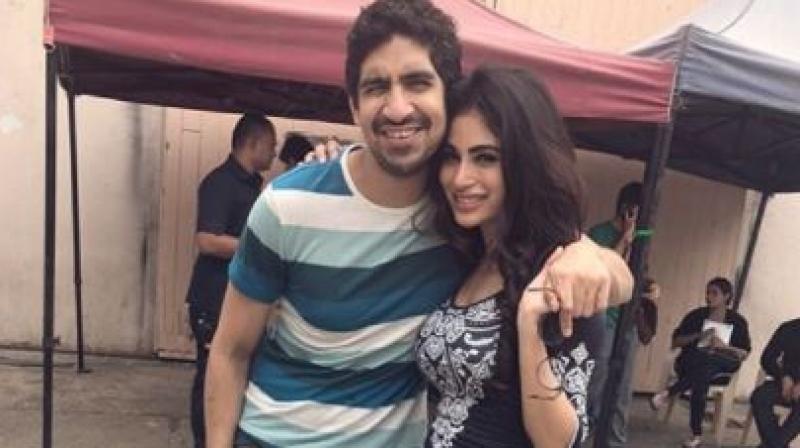 Mouni Roy with Ayan Mukerji on the sets of 'Brahmastra'.

In fact, it looks like she has become a top choice for Bollywood directors as her name has popped up for many projects including ‘Dabangg 3’.

She however denied all rumours to Mumbai Mirror saying, “I haven’t even received a call. This is the most bizarre rumour I’ve heard. Ever since I appeared on ‘Bigg Boss’, my name gets attached to every film Salman is doing. It’s demeaning! I hope one day I get to work with Salman but I haven’t been offered anything so far.”

Mouni who has been signed for Ayan Mukerji’s next starring Amitabh Bachchan, Ranbir Kapoor and Alia Bhatt, has now also bagged a film with ‘Parmanu’ actor John Abraham.

She confirmed the news saying, “I’ve given auditions in the past but this film just happened. I went for a meeting and the team instantly felt I suited the character as I have an oldworld vibe. They offered me the role and I immediately said ‘yes’. I wasn’t happy with the other offers I got around the time but I am excited about this film.”

“I love John sir’s work. He has an intimidating personality but everyone says wonderful things about him. These days, I’m kind of numb. After facing the camera with Akshay sir, I’ve worked with Ranbir and Alia but am yet to shoot with Bachchan sir (Amitabh Bachchan who is also a part of Brahmastra). When I do, I will be so nervous I’ll probably hide in a corner,” the actress laughs.

Mouni has now joined the ‘Brahmastra’ team and posted a photo with her boy-friend who is none other than director saab Ayan Mukerji.