The Chinese Consul General in Kolkata, Ma Zhanwu, said that Bollywood is extremely popular in the country. 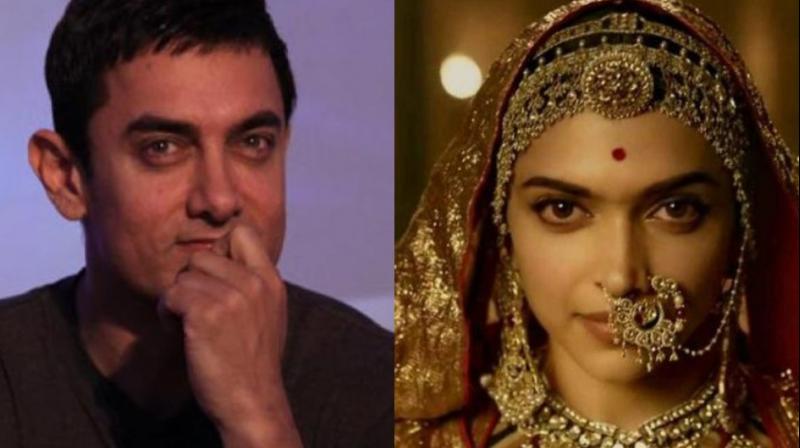 Aamir Khan, and Deepika Padukone in a still from ‘Padmaavat.’

Kolkata: The Chinese Consul General in Kolkata, Ma Zhanwu, has said Aamir Khan is the most famous international film star in China, and his recent film 'Secret Superstar', was a big hit in the country.

"Aamir Khan is very much loved, adored and respected in China. His 'Dangal' (2016) was a hit and his recent production 'Secret Superstar' (2017), has also been a big hit," Zhanwu told reporters on the sidelines of a programme - 'China-India Joint Artistic Performance' - here on Monday evening.

He said many popular as well as critically acclaimed Hindi films had recently been screened in film festivals in China such as the Shanghai Film Festival and the Beijing Film Festival.

"It shows the immense popularity of Bollywood films in our country," Zhanwu said.

Zhanwu said that Bollywood dance was also popular in China.

"One particular dance number from 'Padmaavat' had been staged by staff members from the Chinese Consulate in a recent show. This shows how popular it has become among our people," he said.

Traditional dance forms of Bengal, Odisha and Kerala are also keenly followed in China, he said.