After roping Neena Gupta in Sooryavanshi, Rohit Shetty has finally found a villain for his upcoming cop-drama. 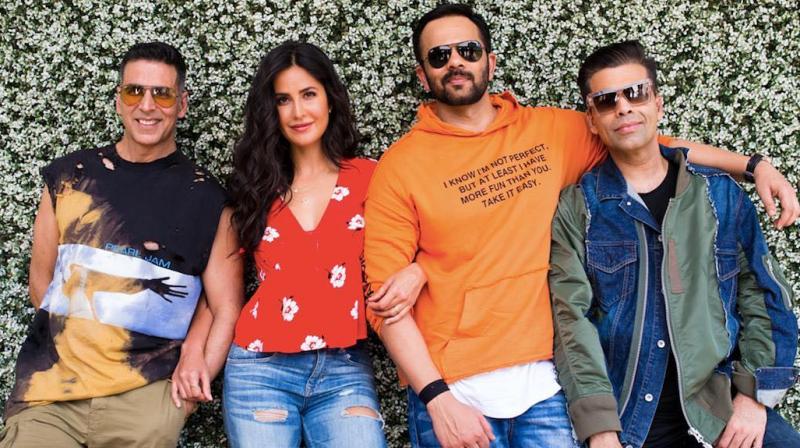 Mumbai: Akshay Kumar and Katrina Kaif starrer 'Sooryavanshi' is creating a lot of buzz amongst the masses. After roping Neena Gupta for the role of a mother of 'Kesari' actor, Rohit Shetty has finally found a villain for the cop-drama.

Yes, as per Mumbai Mirror report, a popular villain from the South films, Abhimanyu Singh will be playing the main antagonist in Akshay Kumar starrer 'Sooryavanshi'. Confirming the news to the leading tabloid, the 39-year-old actor said, "It began when Rohit sir saw my 2017 Tamil action-thriller Theeran, which was based on a true story. It was a big hit in which I had played a villain with heroic shades. He liked my performance in that film and thought that I would fit the role of the baddie in Sooryavanshi. It so happens that I live near Rohit sir’s office and one day, he called me over and congratulated me for bagging the part."

The actor was also seen in Sanjay Leela Bhansali's directorial and Ranveer Singh-Deepika Padukone starrer, 'Goliyon Ki Rasleela - Ram Leela'. Speaking further about the character in Sooryavanshi, Abhimanyu further added, "It’s an interesting role. Akshay sir and I have known each other for a while now and it has been a great shoot from the first day. It was a serious scene and we had to complete it in a day, which we did. It was lovely shooting with Akshay sir and Rohit sir made me feel as if we have known each other for years."

Meanwhile, Akshay Kumar will essay the role of ATS chief Veer Sooryavanshi. After shooting in Mumbai for 10-12 days, Akshay and Rohit will move to Bangkok for Khiladi Kumar's introductory scene. The film is all set to release on Eid 2020.