A few days ago, their beach pictures had gone viral on social media. 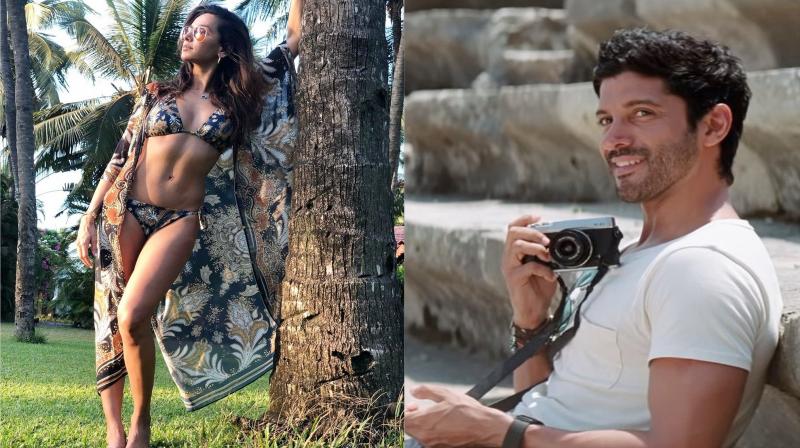 Mumbai: One of the hottest couples in Bollywood, Farhan Akhtar and Shibani Dandekar never miss any chance to surprise their fans by posting pictures on social media. A few days ago, their beach pictures had gone viral on social media.

But now, Shibani has come up with yet another sizzling picture which captures her hot bikini body and all credit goes to her beau Farhan Akhtar. Recently, Shibani shared her bikini picture on her Insta handle. She captioned the snap, "#beachbum #thatbrowngirl  body by @drewnealpt #bodybydrewneal photo by @faroutakhtar outfit by @hm #nofilter Monday’s!"

Well, in this picture, one can see Shibani is flaunting her sexy bikini body and curves with much confidence. Her body posture to sizzling expression is driving her fans crazy. Amidst, one thing we must appreciate is Farhan Akhtar's photography.

Yes, as per Shibani's caption, the actor succeeded in capturing the beautiful body of his love.

Meanwhile, there were reports doing the round that Shibani and Farhan would get married this year. However, the couple has not given any confirmation about it. It seems like they want to enjoy their quality time with each other.

On the work front, Farhan will next be seen in Priyanka Chopra's Bollywood comeback film, 'The Sky Is Pink'. After that, the actor will be seen playing a boxer in Rakeysh Omprakash Mehra's 'Toofan'.