Strangely enough, Ramu tends to get inspired by and pick up the rather negative tales from society. 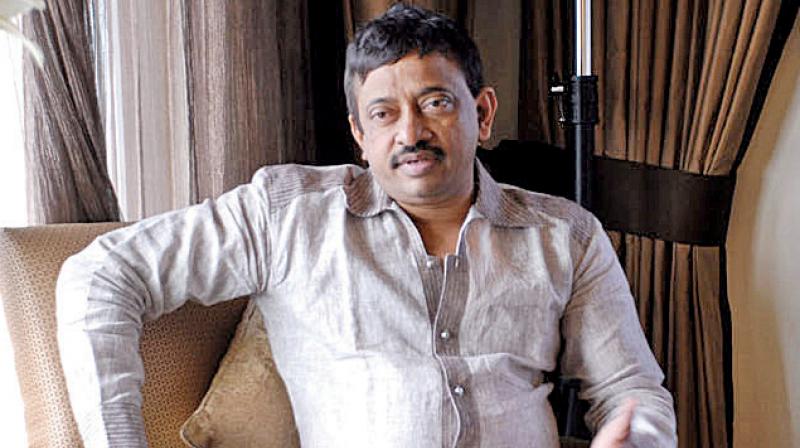 Ram Gopal Varma is someone who always goes his way. Currently promoting his movie Sarkar 3, which released yesterday, the filmmaker says he’s now done with it.

“Yes, the day my film releases, it’s in the public domain. I always look forward to going ahead.”

Next, Ramu hopes to make a movie on Nathuram Godse, the man who assassinated Gandhi. “I’ve already started penning his life. I’ve not been keen on making a movie on Hitler or Gandhi, but I want to bring up Nathuram’s life history on the silver screen. I’m really anxious to know what forced him to kill a famous and loved person like Gandhi,” he says. “Though I have drafted the outline of the script, I’ve yet to continue and complete it with my detailed research.”

Quite like most of his ideas, RGV seems to be immersed in the intricacies of the story. “I fail to understand the state of Nathuram, while he literally gunned down Gandhiji. What must’ve been running in his mind makes me feel eager to know more about him,” he explains. “And then reveal it to the world through my film. It’s indeed going to be a Herculean task to find every bit of detail, and correct history of him so I don’t get rubbed the wrong way, something that tends to happen.”

Strangely enough, Ramu tends to get inspired by and pick up the rather negative tales from society. So be it Dawood’s life history, or more of his movies from the past. But he points out, “But don’t we humans wish to see more of negativity? Negative tales keep us glued to the screens till we get the answer to ‘Now, what next?’