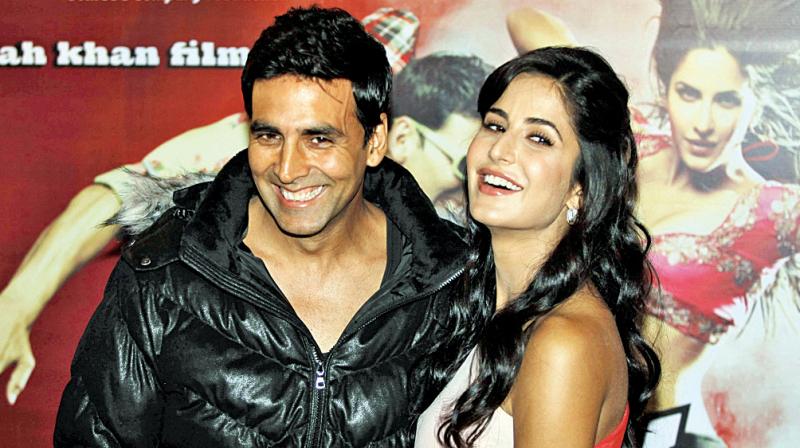 Twelve years ago, when Katrina Kaif was working with Akshay Kumar in Raj Kanwar’s movie Humko Deewana Kar Gaye, she was taught Punjabi by one of Raj’s assistants, Anurag Singh.

Anurag, who later went on to make Punjabi movies like Jatt and Juliet series, starring Diljit Dosanjh, as well as the award-winning Punjab 1984, has now been signed as the director for the untitled Salman Khan-Karan Johar co-production.

The movie, which stars Akshay, will be released in 2018. And while Anurag has got Diljit to star in the film, Katrina has been eager to star opposite Akshay. Word in B-town for a while has been that Kat is keen to do movies opposite only big superstars, after her movies with the younger actors like Aditya Roy Kapoor (Fitoor) and Sidharth Malhotra (Baar Baar Dekho) failed to set the cash registers ringing.

Katrina has already had a great run with Akshay, having worked in five movies like Namastey London, Singh is Kingg, Welcome and Tees Maar Khan after Humko Deewana Kar Gaye. However, the two haven’t worked together in about seven years now.

Both Salman and Anurag are hopeful to get Katrina on board because of the fabulous tuning they share with her. It remains to be seen now if after Baar Baar Dekho and Agneepath’s Chikni Chameli, if Karan will cast Katrina in his movie yet again.