The statue has been sculpted by Subrata Bose. 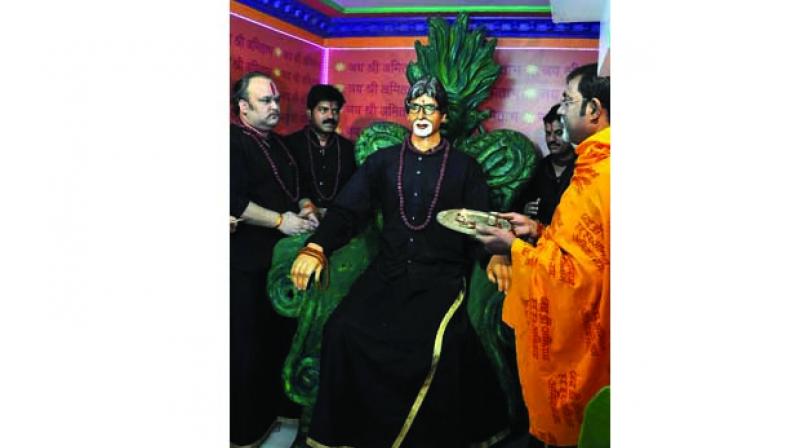 Kolkata: As Amitabh Bachchan's Sarkar 3 hit the screens on Friday, a life-size statue of the megastar has been installed at a temple here by All-Bengal Amitabh Bachchan Fans' Association.

The statue has been sculpted by Subrata Bose.

“We have installed the 25-kg statue at a temple dedicated to Bachchan after offering prayers for his film’s success,” ABFA state secretary Sanjay Patodiya said. “The six-feet-two-inches tall fibreglass statue is a bit higher than the actual height of the Shahenshah. We did it to make it visually appealing,” he added.

Fans on Friday, including members of the association, turned out in large numbers dressed as Bachchan's character, Subhash Nagre, from the Ram Gopal Varma-directed movie.