The actor is reportedly annoyed at insinuations that he recommended the Dangal girl’s name for Thugs of Hindostan. 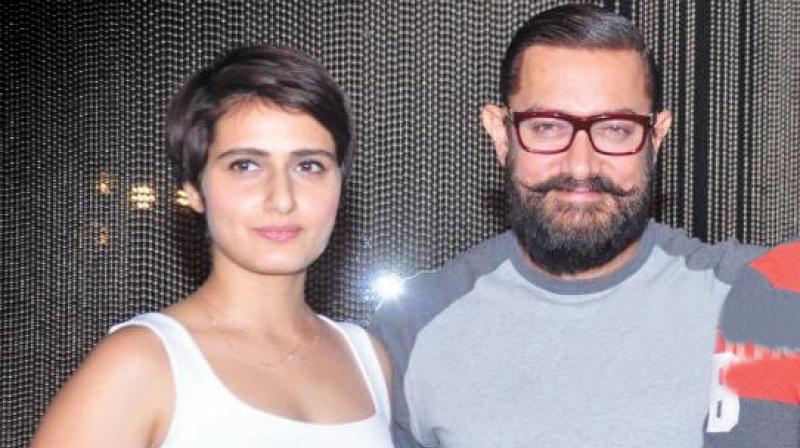 Aamir Khan is rather upset. With the media and film trade speculating that it was the perfectionist Khan who pushed his protégé and on-screen daughter Fatima Sana Shaikh from Dangal to play an important character in the upcoming Thugs of Hindostan, Khan is angry.

The movie is to be directed by Vijay Krishna Acharya and produced by Yash Raj Films, and the stakes are high. But Aamir doesn’t want to react to the insinuation, and wants to keep his silence.

According to sources close to the actor, he never recommends anyone for movies. In fact, a lot of his friends recommend actresses to him, and he takes cognisance of the references.

For instance, Salman had spoken to Aamir to see if he could repeat his Dhoom 3 co-star Katrina Kaif in Thugs of Hindostan. The role spoken about is an independent one from what Fatima will be essaying.

Fatima’s pictures from the audition for the movie was somehow leaked, despite the tight procedures that Yash Raj films follow. It was hence speculated that it was Aamir who had endorsed her name for the role opposite her, after having played her father in the earlier film.

Aamir has not repeated his actresses in the past few years. But this time around, it could well be two of his earlier co-stars in the same movie.