I want the same audience who saw Total Dhamaal to see my film, says Sujoy Ghosh

The writer of the original film Oriol Paulo wanted Sujoy to read the script. 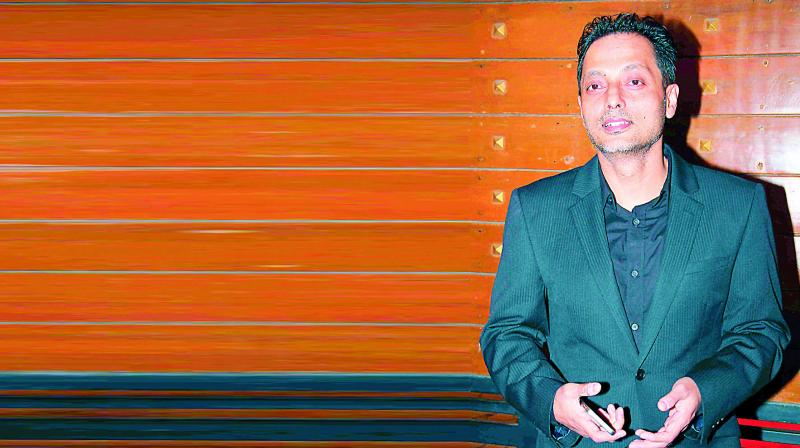 Director Sujoy Ghosh couldn’t be in a better place. And, I mean that literally. He is in Kolkata when I speak to him.

“The city speaks to me and I speak to it. The kind of acceptance that I get from Kolkata is gratifying, and not only because I am a Bengali. It has more to do with the way I capture the city. Now, my Badla has opened to great reviews in  Kolkata, and I feel so at home here,” sigh the director whose last few films have been box office disappointments.

“Look, everyone expects me to make Kahaani every time. It’s like one child in the family getting all the attention. Arrey, I’ve to give the same attention to all my children. I am equally proud of all my films,” says Sujoy.

Badla, which has opened to heartening box office collections is a remake of a Spanish film. Or, so we were told.

Sujoy has another story to tell. “Badla is not a remake of the Spanish film Contratiempo (The Invisible Guest). I read the script which was given to me by my producer Sunir Khetrapal and the one and only Taapsee Pannu.”

The writer of the original film Oriol Paulo wanted Sujoy to read the script. “Yes, Oriol Paulo sent the script. When I read it, I was jealous of another man’s creativity for the first time. Shit, why didn’t I write this?”

From that point of envy, Sujoy builds his own case. “The same script would be made into completely different films by Manmohan Desai and Hrishikesh  Mukherjee. It’s like the city of Kolkata. My Kolkata is very different from Shoojit Sircar or Srijit Mukerjee’s Kolkata. I took the idea of the original (film) and turned it around. I changed the gender of the two protagonists. Mr Bachchan was always on board. I can’t think of making any film without him.”

“Taapsee came in later… maddening, fascinating Tapsee… what can I say about her? Her silences say so much. She is not afraid of being quiet on camera. She can say so much without speaking. And, she is so not overawed by Mr Bachchan. I don’t think Badla would have happened without Taapsee,” raves the smitten director.

So is Taapsee Pannu the new Vidya Balan in Sujoy Ghosh’s life? “Woh toh mushqil hai (That is tough). Balan is Balan. She is irreplaceable in my life. Not that I am comparing myself with him but Satyajit Ray made great films with Sharmila Tagore. But, no one could take Madhabi Mukherjee’s place in his cinema.” Vidya Balan was Ghosh’s heroine in the pathbreaking Kahaani and its sequel.

Badla with its sophisticated sheen and polished interiors seems to be designed for elitist viewing.

This is where Sujoy turns violently protestant. “No no not at all! I’d never want my cinema to be restricted by its theme and treatment. My mother is a full-on Total Dhamaal kind of audience. I would howl in rage and grief if my mother didn’t like Badla. I’d want the same audience that loved Total Dhamaal to come for my cinema.”