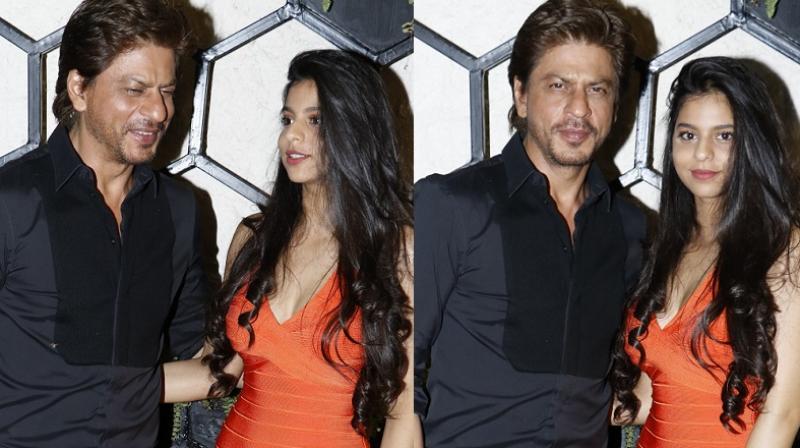 Shah Rukh Khan and Suhana at an event.

Mumbai: Shah Rukh Khan made his way to becoming a superstar. Now it looks like his daughter is following daddy’s footsteps, as she is slowly and steadily gaining her footing in Bollywood.

Suhana Khan, her parents agree, is great at dramatics, and a glimpse of her theatre act instantly went viral for all the right reasons.

Now the little one is shooting for a magazine cover (not sure which), as proud mommy Gauri Khan revealed at Hello Hall of Fame Awards.

“Suhana is shooting for a magazine. I don’t want to reveal the name but that’s the most exciting thing I am looking forward to this year,” said Gauri.