PeeCee is enjoying her last days in New York as the third season of her American TV show is heading towards its end. 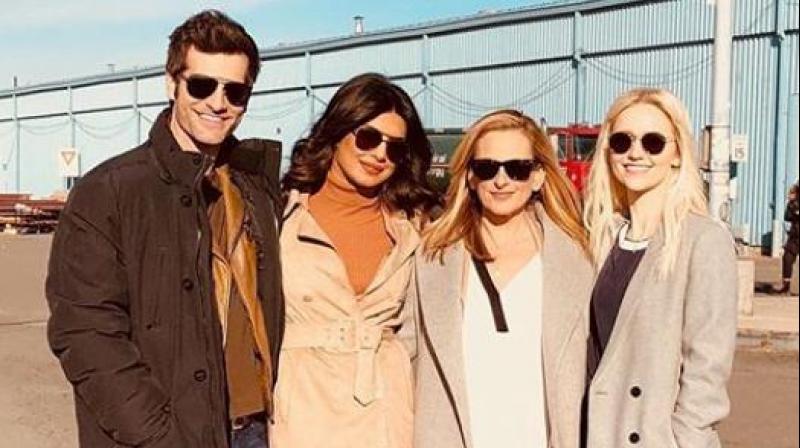 PeeCee with her co-stars. (PC: Instagram/PriyankaChopra)

Mumbai: Priyanka Chopra, who is stationed in NYC busy shooting for season 3 of ABC show 'Quantico', recently concluded final schedule of the show. However, the shooting for Quantico is still not over as the writer of the show, Michael Seitzman revealed that the last couple of episodes will be shot in Ireland.

For all you @QuanticoTV fans asking what we're up to.... we are off to Ireland for the last couple episodes of a epic Season 3!

Priyanka Chopra is enjoying her last few days in New York as the third season of her American TV show is heading towards its end. The actress shared a picture on her Instagram with her co-stars Alan Powell, Marlee Matlin and Johanna Braddy. The 'Baywatch' star captioned the photo saying, "Beautiful day on set. Last 3 days of shoot in NYC! Then Globe trotting begins.. #quantico @alanpowell10@themarleematlin @thejohannabraddy."

Speaking of Quantico, the popular TV show will have total 13 episodes in season 3. The actress also has two Hollywood film projects ready for release, namely - 'A Kid Like Jake' and 'Isn't It Romantic?'. The International star is yet to spill beans on her upcoming Bolywood projects.