Bobby made a name for himself as DJ Bobby Deol, who ran from a club after playing his song from ‘Gupt’ on loop. 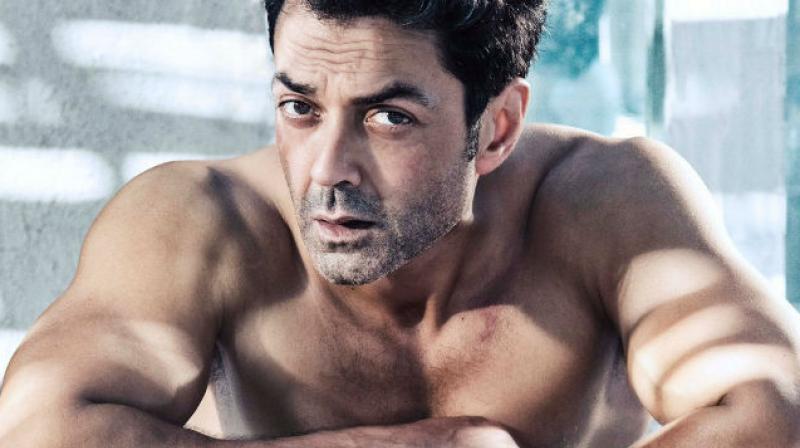 Bobby Deol in a photoshoot.

Mumbai: Four years back when Bobby Deol left Bollywood, after a disappointing movie career (his last release was ‘Players’, which hit the theatres in 2012), he himself might not have thought about the stage he reached today.

The actor made a name for himself in 2016, as DJ Bobby Deol, who ran away from a club after playing his song ‘Duniya Haseeno Ka Mela’ from ‘Gupt’ on loop.

Bobby starred in Shreyas Talpade’s directorial ‘Poster Boyz’, and since then, he has bagged Salman Khan starrer ‘Race 3’, is a part of ‘Yamla Pagla Deewana Phirr Se’ and has now even managed to bag ‘Housefull 4’.

“I am really looking forward to collaborating with both the Sajids. I’ve always wanted to work with Sajid Nadiadwala and finally it’s happening. Akshay and I share a great rapport and it will be fun working with him again (the duo has shared screen space in four films, including ‘Ajnabee’, ‘Dosti: Friends Forever’, ‘Ab Tumhare Hawale Waton Saathiyon’ and ‘Thank You’). ‘Housefull 4’ is a big franchise and I can’t wait for the film to start,” Bobby signs off to Mumbai Mirror.

Sajid Nadiadwala started his career as a producer in ‘Zulm Ki Hukumat’, which starred Dharmendra and Govinda. Three years later, he worked with Sunny in ‘Jeet’, but only now did Sajid get to work with Bobby for the first time.