It will be too weird if Aditya Chopra directs me, says Rani Mukerji

More than a week before her movie 'Hichki's release, Rani Mukerji spoke to The Asian Age, opening up like never before. 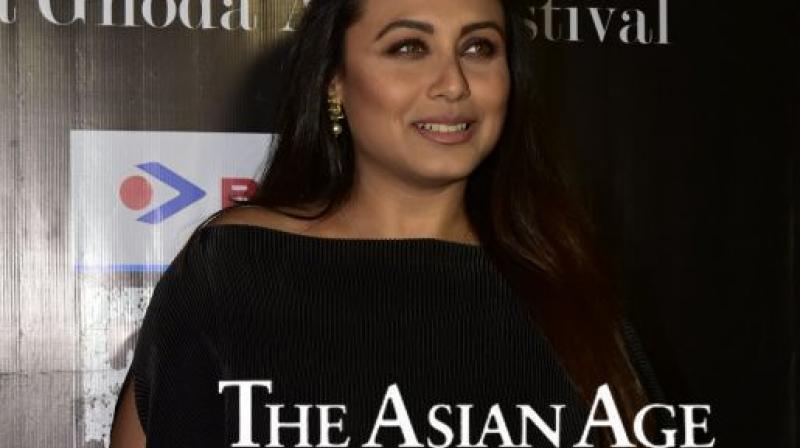 Mumbai: Touted as one of the finest talents of our country, actress Rani Mukerji is enjoying the bliss of her motherhood currently. Rani who has been choosy about her films is back with yet another human drama, ‘Hichki’. In a candid chat with Deccan Chronicle, Rani talks about how her life has changed after daughter Adira, her plans to work with director husband Aditya Chopra, her role in ‘Hichki’ and much more. Excerpts:

Was it taxing to play Naina Mathur in ‘Hichki’?

Of course, it was! It is important for me that when I am playing the role of a specially-abled, I would be able to portray the emotions in the truest manner. Like how spirited they are, what are their challenges, their emotional grounds, and their anxiety? These are little nuances you need to see in the graph of the performances and this can only come out when I will understand the character. 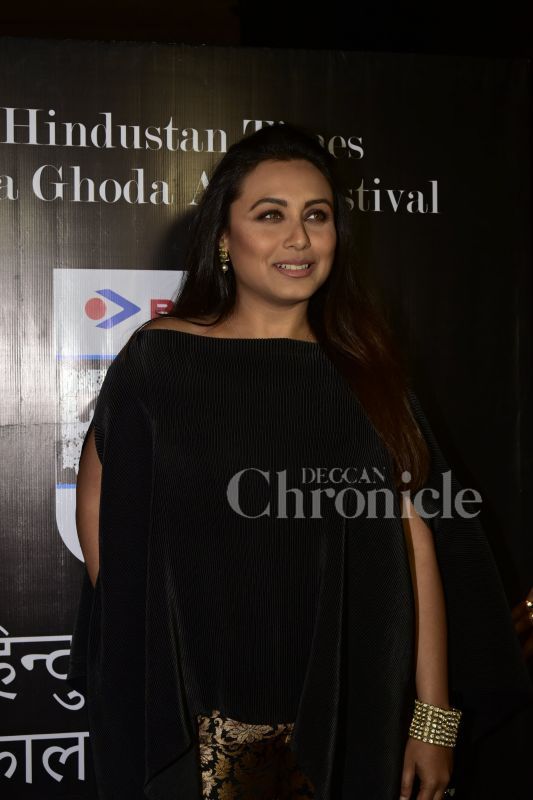 How you see yourself after ‘Hichki’?

I am really geared to do more films. I am in my best phase of life right now where I am so happy because of my daughter. Today, when Adira says, ‘Oye Hichki’, my heart melts. I never imagined that I get to hear this one day. When you are single, you always think that marriage will happen but it is never a reality, it is always a future and when that future had already happened, my marriage happened, I have a child and now my child is singing my song, it’s a weird feeling. When my parents used to appreciate me, I was like okay but a child is a child. When I see her getting excited to see me on screen, it’s a great feeling. 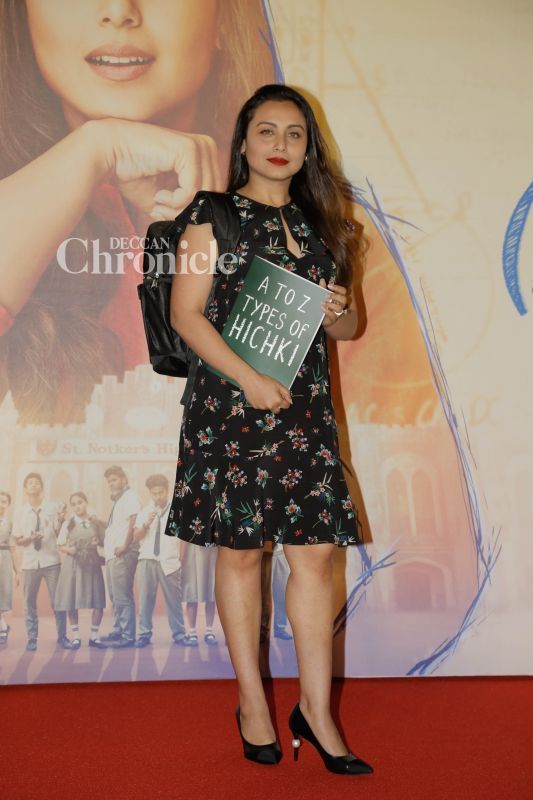 I think for me it’s very important to do my work and go back home to a normal family. With this industry, you get so much love and importance that sometimes if you consume that, it can go to your head and when it will be taken away, it can drive you crazy. I have been in the film family and father had been a producer-director. In the beginning of my career, he told me not to get overexcited of success and disillusioned by failures. These two things just stayed with me. I was 15 when I started shooting ‘Raja Ki Ayegi Baaraat’ in 1995. These two words are so important for any actor regardless of who you are. It is very important for me to create a balance in my life. I do understand what I am and what my audience loves me for. People are in love with those characters which I play on screen. I understand that acting is job and I need to do it well. 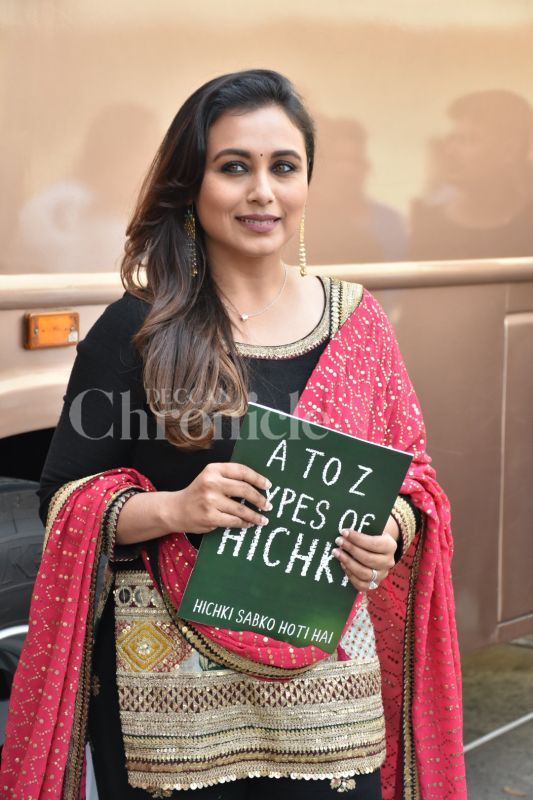 Has motherhood changed you?

Amazingly! My life is changed 360 degrees because child gives birth to a mother. Every mother is different as every child is different. It is really an amazing phase of my life that I am going through today because nothing is more important than my daughter. And it is going to be a really interesting phase in films too because if ‘Hichki’ runs, I would be part of many more great film ahead but if the film doesn’t do extremely well, I might not be able to do so many films frequently since it is all about box office. 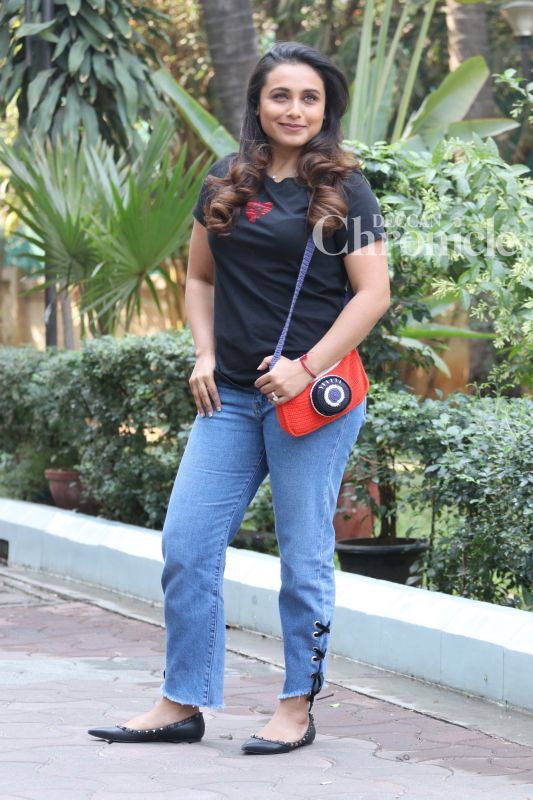 But you have always been conscious of your film scripts?

I think after working for 22 years in the industry, I need to prioritise things. Imagine a girl who is working since the age of 16 and I am turning 40 now. I have lived all my life with the movies. It is very important for me to choose a film. I won’t do a film just for the sake of doing it. I absolutely adore and love my character in ‘Hichki’. This is the story I want my audiences to know of. Rather than to be a part of any film, I always want to do films which my audiences should be proud of. As an actor, I have to take the responsibility and try to innovate. The day I will stop innovating, I will lose my audience. I am glad that people talk about my characters and not Rani Mukerji.

It is very strange that till today people talk so much about the film. It was just one of those films that people couldn’t relate to it. It had a great music too. 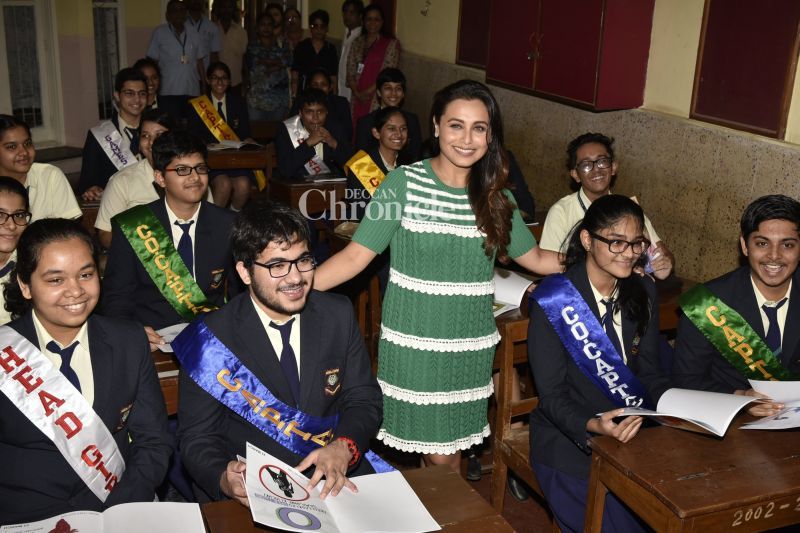 How far the industry has been changed since the time you started mid 90’s?

In every phase there has been a healthy competition. Every time you are pitted against someone. People have compared your success graph with others. I think it is good to keep everyone on toes, doesn’t make you feel lethargic. You can’t always keep competing with yourself.

Do we get to see you in any of Aditya Chopra’s directorial?

I hope so and we have spoken about it too but I don’t think it would happen. We are just too comfortable with each other as people to be able to look ourselves in the work space together. I will be another character and he has to direct that character. It will be too weird.

Do you still want to be a part of films like ‘KANK’ in the times of realistic cinema?

I think films are the reflection of the society. What I believe is that every phase of Indian cinema is dominated by what’s presently happening around the country. Filmmakers are more attracted to stories which are topical. Earlier, it was all about patriotism. Later, we saw romance in Kashmir with beautiful songs followed by action. Then there came a phase of mindless comedies and then people loved family dramas and now it is the phase of realistic cinema.

Watch the trailer of 'Hichki' here: