For the master of Bollywood romance, there just has to be a man-woman dynamic at the core of a film 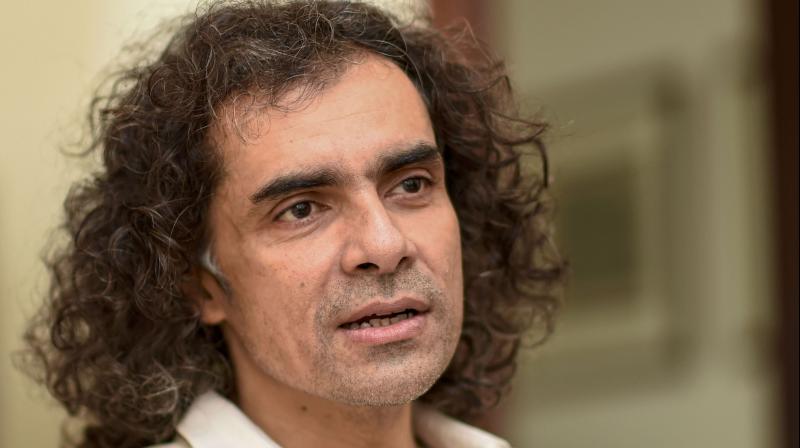 So then why is he revisiting Love Aaj Kal, his 2009 opus that explored love over two time periods. It’s been 11 years since then, not a long time really, but love has come a long way since then, he says.

So, he’s not making a sequel-prequel or something like that, but he’s “revisiting” the theme of love in the modern time.

Starring Sara Ali Khan and Kartik Aryan, the revisit looks at the man-woman relationship in a time of great change.

“I realised Love Aaj Kal is the only story of mine which is franchisable. Over the years, I found myself thinking, 'If Love Aaj Kal was made today, this is what would happen,’” Imtiaz Ali was quoted as saying by PTI.

“The previous generation was seeking absolutely something else... But I have seen this dynamic changing so drastically in the last 10 years. Young people’s attitude to things like physical intimacy used to have an element of piety back then. It (intimacy) was the final post. Now it's the first thing. It means nothing now. It's so dynamic,” he said.

Love has come to be Imtiaz Ali’s signature theme in films. Asked whether it was possible for an Imtiaz Ali film to have no romance, the director said he was wondering about it himself.

Sure, there can be a movie without romance but it would be difficult to conceive a story that doesn't feature some sort of a man-woman dynamic.

“It's not that every story has to be about love. I don’t want to be restricted from making any other kind of story. It could be a story where there is no romance at all but then that's difficult to conceive (at this point of time),” the director said in the interview with PTI.

“I don't have a story yet that doesn't have a man and woman thing going on. In my mind there's no story without some sort of a man-woman dynamic.”

The 48-year-old filmmaker’s oeuvre includes romances like Jab We Met, Rockstar and Tamasha. So what’s changed then?

Imtiaz Ali says his idea of love is more evolved today and his films will reflect this growth.

“More than a shift, it's an evolution. The earlier concept of love relationships that I dealt with, let's say in Socha Na Tha, has not been replaced by another concept. It's become more detailed and varied. It's not that I'm looking in a different place. I'm looking at the same place, but I see different shades,” he said.

So why cast Sara?

The 2009 Love Aaj Kal starred Saif Ali Khan, and the latest film casts Sara Ali Khan as Zoe. So is this some generational change kind of thing?

“I knew people would ask,” says Imtiaz Ali. “There's a certain happiness in the fact that there was Saif and now there is Sara. But that's not the reason why I cast her, that's not what I was aiming for. It seemed nice and warm that the connection exists.”

Sara as Zoe and Kartik as Veer are a young couple in a metropolitan city but principally the story is happening to her.

“When we look at Zoe or anybody of that age, they come from parents that are likely to have broken marriages, or where the relationship has gone south. Sp how is it possible for her to be so blind when she falls in love? So there's a conflict... In this generation no one can force you to be with a person. The conflict is internal as it is in Zoe's case,” he said.

The decision to cast Kartik Aryan, who has suddenly burst on the Bollywood scene with a spate of comedic hits, had nothing to do with his past performances, the filmmaker said. He had not even seen a film of his lead star.

“I wanted to cast a person who could understand small towns as well as metro life. Somebody who's living the uber metro life but at the same time understands the traditional values of the relationship. Kartik is that person. He understands things very easily.

“Lot of people told me he's not that kind of actor. He does comedies. But ultimately, if you look at previous films and cast an actor, then you're not casting an actor, you're casting a character that’s already been played. You have to meet the person to see what he can do.”

We get that the story in Love Aaj Kal is principally happening to Sara Ali Khan’s character, but then haven’t Imtiaz Ali’s films tended to be told from the male point of view?

Imtiaz pleads guilty. “The honest truth is that I cannot help it.

“I have a certain point of view towards women. If it's a man's point of view, I hope it is respectful and loving,” he said.