A family friend of Kumar took to the actor's official Twitter account, where he shared a photo of Shah Rukh with the star. 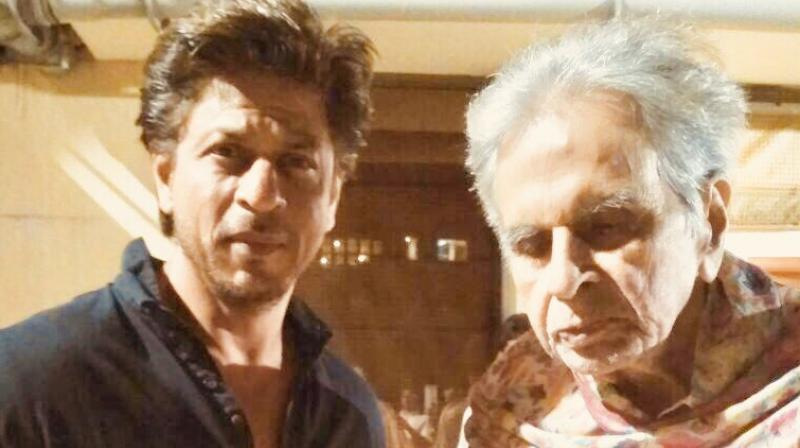 Shah Rukh had last dropped by the legend's residence when he was discharged from the hospital last August following treatment for dehydration and urinary tract infection.

Faisal Farooqui, a family friend of Kumar took to the actor's official Twitter account, where he shared a photograph of Shah Rukh and the 95-year-old star.

The picture was captioned as, ".@iamsrk came to visit Saab at home today. - FF."

Farooqui had earlier given a health update on Kumar, saying he was in the pink of health.

"Saab is doing well. - FF ( FF signature means the tweet was posted by @faisalMouthshut on behalf of Dilip Kumar)," the tweet read.