Salman Khan took Sidharth Malhotra by surprise; his gesture will warm your hearts 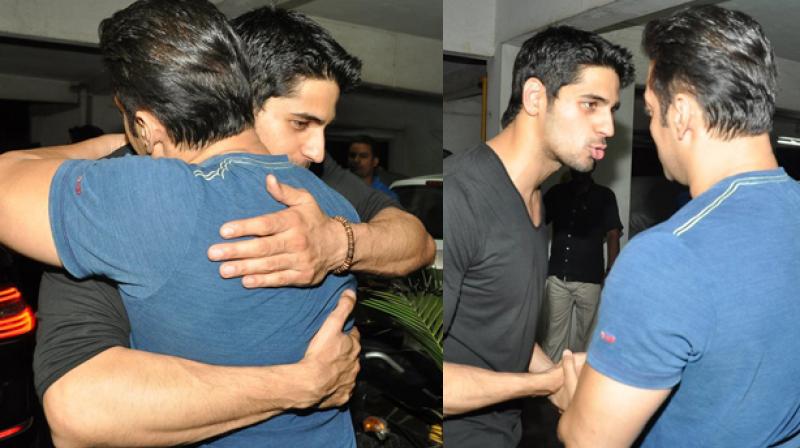 Mumbai: Sidharth Malhotra is one lucky man. An outsider for Bollywood, he got to not only meet, but also received appreciation from Salman Khan for his third movie ‘Ek Villain’.

Recalling one such incident, Sid told Bollywood Life, “I got to know him (Salman Khan) really well during ‘Ek Villain’ actually. I had met him a couple of times before that but I remember on this one Saturday, I was having a small get-together at my house; we were celebrating the film where I called the cast and the producers. And he (Salman) was very sweet to just call up and say, “Hey congratulations, I heard the film did really well.” I said ya sir thank you and he was like, call me ‘Bhai’. You know I don’t know him so much so I just couldn’t call him Bhai because it was a little bit odd to talk to Salman Khan. I said you know we are right here and I also stay in Bandra so please come over if you are free. But he said no, I won’t come you guys carry on.”

But that was not the end. Salman in fact ended up on Sid’s doorstep as a surprise. The ‘Aiyaary’ actor adds, “After about 45 minutes, we are all in our apartment and everything else is happening, there’s music and the bell rings and you find Salman standing at the door. It was very cool and gracious of him. He came with his friends, he had this smile on his face and he is like how are you man? Congratulations.”