The brain behind The Bombay high court’s parody page on Facebook, Aakash Shah, talks about his unprecedented rise and a Bollywood hook-up. 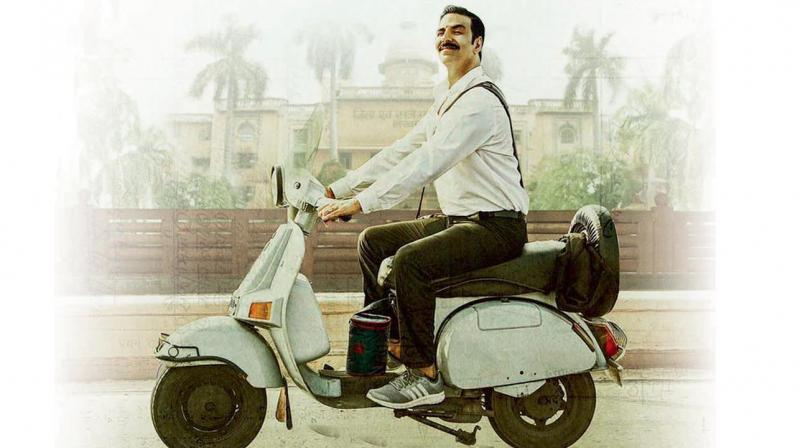 A still from the movie Jolly LLB 2

Two months ago when Aakash Shah started a parody page of the Bombay high court, on Facebook, he had an inkling that he would strike a chord with his readers. But never had he imagined that it would earn him a following of close to 2,00,000 in such a short while, and even bring on board Bollywood as a creative partner. Yet, the 21-year-old has just finished shooting a promotional video with Saurabh Shukla for the latest judicial satire, Jolly LLB 2.

So, how did it all start for the media professional? This isn’t Aakash’s first parody page, he reveals. He has earlier been the administrator of a page called The Pokemons of New York. “That wasn’t anywhere as big as Bombay High Court, but that’s because the content and target audience was niche. The parody page of Bombay high court put a larger plate on the readers’ table,” he explains. 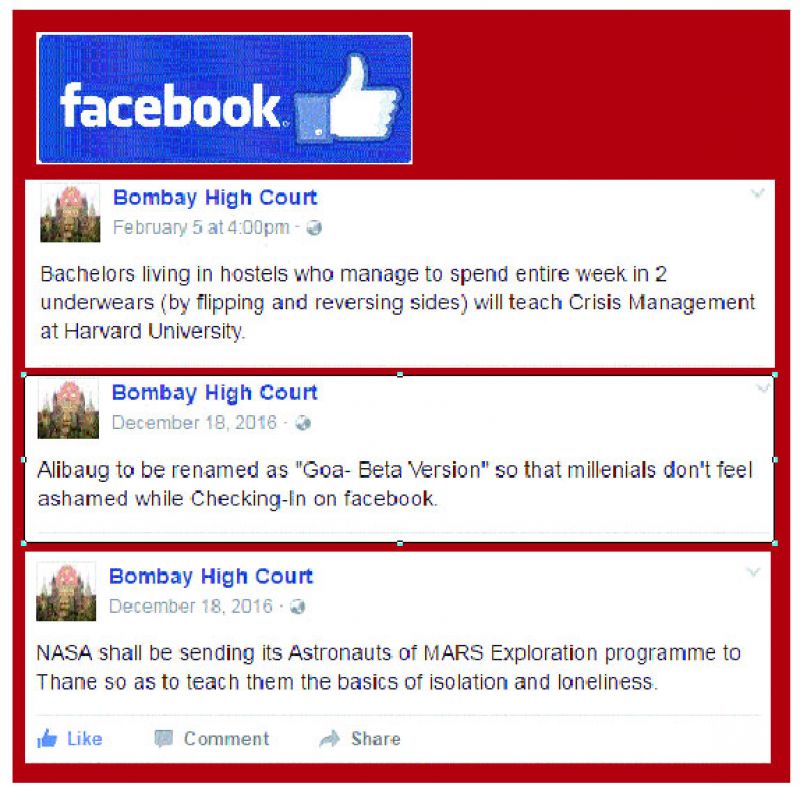 Aakash, who moved to Kandivali from Charni Road around four months ago, explains that he uses the city and its idiosyncrasies as the muse for his jokes. Explaining his interest in the contradictions of the maximum city, he says, “Parody accounts have existed on social media for a long time and I just thought of making an addition to the pool. Initially, I thought of starting a Government of India parody page, but then figured it might get a bit too risky. Then the idea of starting a CBI parody page came up, but that didn’t work out either.”

His first post only on December 13, last year, he enthusiastically reminds us, and the page gained momentum overnight as it was kickstarted. Consecutively, YouTube veterans like Bhuvan Bam of BB Ki Vines fame, and even The Viral Fever approached him for collaborations.

As he chats with us, Aakash sheepishly admits that he doesn’t consider himself a comedy writer, or in fact, even a funny man. He best describes himself as an observant guy. “First I pick up a theme or a topic. The next step is look for details — details that are so inconsequential that the everyday Mumbaikar misses them. It is the details make the post relatable and funny,” he says, instead.

Aakash’s biggest collaboration — so far, of course — has been a special, live broadcast with Jolly LLB 2’s Justice Sunderlal Tripathi, essayed on screen by Saurabh Shukla. “Preparing the script for the interaction with him happened way before Jolly LLB 2 released,” he says. “My boss at the media agency I work at, told me to approach them (the movie’s digital partners) for a collaboration. This was back when I had a mere 60,000 followers. Although I found it a little random myself, I gave it a shot knowing that it might not work out. I made a whole pitch, wrote a script, the works! We pitched it in a very sophisticated manner; to an extent that they even thought we are really big,” he laughs. The plan of making a live video eventually worked out with the makers, and was turned a promotional one for the film, helping engage with audiences on the Internet.

Aakash reveals that he recently decided to divert his traffic to a new website, called  SpoofCourt.com. When asked why he felt the need to migrate to a website despite the fact that he could continue posting on Facebook, Aakash points out the social networking website’s flawed policies. “The thing with Facebook is that one cannot rely completely on them. In case of any controversy, the social network is likely to stand by the government, and not the content producers — one offensive post and your entire page could be shut down if a lot of people report it,” he laments. The fact that websites are easier to monetise than pages on Facebook, helps matters, he grins.

The youngster doesn’t scoff at the idea of offending anyone with his posts. While he continues to make jokes on religion, politics and communities in the city, he credits this liberty to the quality of crowd that in on his page. “I haven’t received much flak, which is surprising for some. A lot of my followers are really chilled people. The only time I get hatred is when I post jokes on Salman Khan — Bhai’s fans won’t leave you be!” he laughs.