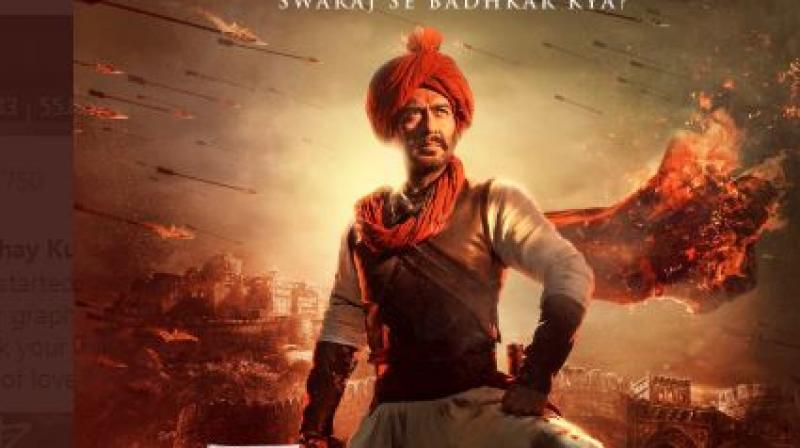 The box office collection for the flick observed a rising graph as the movie's first-day collection on Friday was 15.10 crore followed by 20.57 crore on Saturday and on Sunday it totalled Rs 61.93 crores.

'Tanhaji: The Unsung Warrior' marks Ajay Devgn's 100th film in the Bollywood. The movie is set in the 17th century and is a biographical period drama based on the life of Tanaji Malusare, the unsung warrior who fought alongside Chatrapati Shivaji against the Mughals.

Kajol, who essays the role of the wife of Tanhaji, Savitribai Malusare, is shown as a strong character, who accompanies him in taking firm decisions.

Saif Ali Khan, who plays the antagonist, comes out strong as Uday Bhan, a Rajput official, who works for Mughal Emperor Aurangzeb. The film is produced by Ajay Devgn's ADF and Bhushan Kumar's T-Series, with director by Om Raut at the helm.