Salman Khan to pair Isabelle Kaif and Sooraj Pancholi together

The actor is keen for Bhushan Kumar to produce a movie to relaunch both Isabelle Kaif and Sooraj Pancholi. 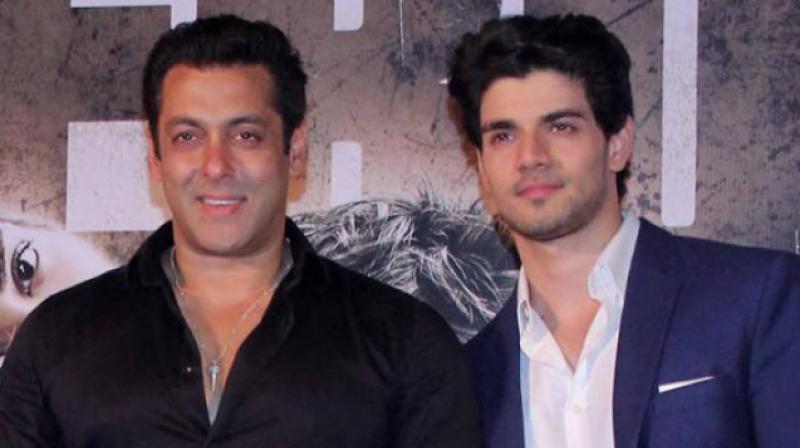 Katrina Kaif’s kid sister Isabelle Kaif, who has been accompanying her star-sister to various dos in Bollywood these days, is raring to go in the industry. Word is that she’s set to be launched opposite Sooraj Pancholi, who has himself been struggling to make a mark after his disastrous debut in Hero.

It’s no coincidence then that Sooraj, a Salman Khan protégé, will be taking another stab at stardom with another Salman protégé, Katrina’s sister.

The project will introduce the junior Kaif to Hindi audiences, and will have Salman’s blessings, even though he won’t officially be producing the flick. Bhushan Kumar of T-Series will be producing the movie.

A source close to the development says, “Salman has been concerned about the lack of progress in both Isabelle and Sooraj’s careers. Both the stars, mentored by Salman, have been waiting in the fringes for years. Now, when after years of persuasion by Bhushan, Salman is finally working with T-Series in Bharat, he also decided to promote Isabelle.”

Bharat is a venture between Bhushan and Salman’s brother-in-law, Atul Agnihotri. Apparently, Salman ‘suggested’ that Bhushan relaunch Sooraj and Isbaelle in a film together.

“And we all know what Salman’s ‘suggestion’ means,” says a source. “No producer would say no to Salman. Bhushan readily agreed to produce the project, which will be directed by Remo D’Souza’s assistant Stanley D’Costa.” Remo, meanwhile, is directing Salman in Race 3.

Sooraj and Isabelle’s movie will take off in the second half of the year, and Salman will be on-board in some official capacity, which is not yet decided.

Interestingly, Isabelle had made her film debut in Indo-Canadian rom-com Dr Cabbie in 2014, co-starring Vinay Virmani. Salman mentored both youngsters back then, but it looks like he’s taking his commitment to Kat’s family a step further now.