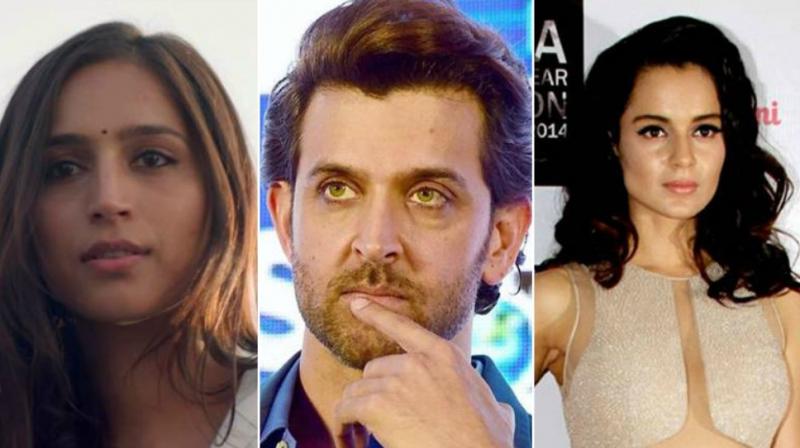 Zoya Hussain in a still from 'Mukkabaaz', Hrithik Roshan, Kangana Ranaut at an event.

Mumbai: Actors Vineet Kumar Singh and Zoya Hussain were promoting their recently released film ‘Mukkabaaz’ on Bollywood Life. The two were asked various questions, among which one interesting thing happened.

Their film is based on boxing and fist fighting. In Bollywood, when it comes to fights, one of the most highlighted ones is that of Kangana Ranaut and Hrithik Roshan. So the portal asked the two actors who would win when Hrithik and Kangana got into a fist fight.

Vineet, who is also the writer of ‘Mukkabaaz’ was left dumbfounded, but Zoya instantly replied Kangana will win.

‘Mukkabaaz’ is directed by Anurag Kashyap and produced by Kashyap and Aanand L. Rai. The movie has been critically acclaimed so far.