Entertainment   Bollywood  13 Jan 2018  If anybody says anything negative about Arjun, I’m there fighting for him: Parineeti
Entertainment, Bollywood

If anybody says anything negative about Arjun, I’m there fighting for him: Parineeti

The actress reveals that she can even kill for her first hero, because she has this undying love for him. 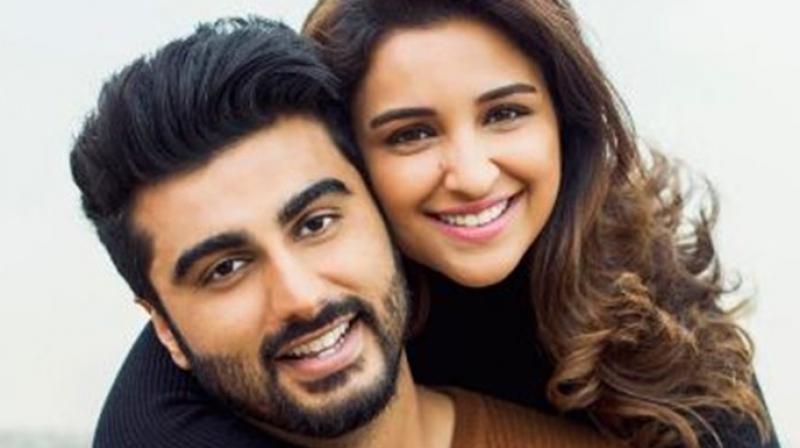 Mumbai: The first experience of a particular activity usually is unforgettable for most people.

It’s often that said that firsts are always special. And for actors, their first film or first co-star, usually hold a special place in their hearts.

Parineeti Chopra, who made her full-fledged debut with ‘Ishaqzaade’ after a bit role in ‘Ladies vs Ricky Bahl’, also has similar feelings for her first hero and favourite co-star Arjun Kapoor.

The pair is reuniting again after ‘Ishaqzaade’ after more than five years, and will now be working in back-to-back films, ‘Sandeep Aur Pinky Faraar’ and ‘Namastey Canada’.

About the reunion, Parineeti told in an interview to DNA, “Arjun is lucky. He gets to work with me in two back-to-back films again.”

She added, “My relationship with Arjun is such that I can kick him and tell him, ‘Just shut up and behave yourself’. He can do the same with me as well. That’s because we share a very special bond.”

About how their friendship blossomed, Parineeti revealed, “Both of us bonded at a very vulnerable time in our lives. His mom was ill when 'Ishaqzaade' was coming out, and I wasn’t even an actor by then because 'Ladies vs Ricky Bahl' had not released when we were shooting that film.

“If anybody says anything negative about him, I’m there in the front row, fighting for him and defending him. I can even kill for him. I can’t hear anyone saying anything bad about Arjun because I have this undying love for Arjun,” she shared.

While ‘Namastey Canada’ will be a romantic film, not much is known about ‘Sandeep Aur Pinky Faraar’ except that Arjun plays a cop and Parineeti a corporate executive.

“They are two completely different films. They are from two different schools altogether,” revealed the actress.

Arjun-Parineeti’s chemistry in ‘Ishaqzaade’ was loved and the film went on to be a success, and this off-screen friendship would surely add to the fans’ excitement to watch them together on screen again.