The film has been re-submitted to the CBFC with the modifications that have been asked for. But it is yet to get its censor certificate. 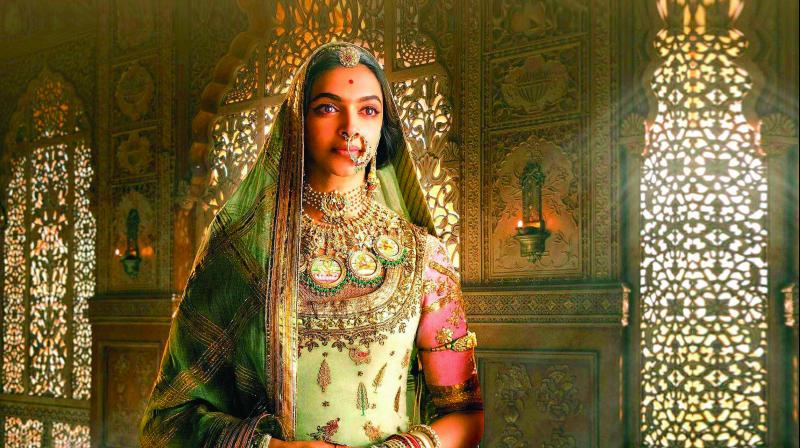 Puritanism  in the arts  just acquired a new definition with Deepika Padukone being asked to cover up in the Ghoomar song in Sanjay Leela Bhansali’s Padmavati now titled Padmavat.

Apparently the shots of Deepika’s tummy peeping out of her elaborate ghagra-choli during the Ghoomar dance number were found to be “unbecoming” for the character of the royal queen that the actress plays in Padmavat(i).

“The CBFC’s Examining Committee asked the film’s producers — as the director was  not present during the censor screening — to remove the shots where her stomach was visible. However such editing would have disturbed the smooth choreographic flow of the elegant dance number. The director preferred to conceal Deepika’s belly through computer graphics,” says a source present at  the screening.

The film has been re-submitted to the CBFC with the modifications that have been asked for. But it is yet to get its censor certificate.

Giving details on  the CBFC’s viewing of Padmavati a source says, “The screening and the discussion post the screening went on from 5 pm till almost 2 am. CBFC chairperson Prasoon Joshi was present there. The historians  and royal representatives raised many objections. But the board members of the CBFC found nothing objectionable in the content. They recommended a ‘UA’ with minor  modifications.”

The Padmavati  producers have made the recommended modifications and re-submitted the film to the CBFC. But the  censor certificate is yet to be given to the producers. Given the volatile and menacing scenario it is unlikely that that the film will actually release  on January 25.