Sara Ali Khan’s debut brought the two talanted ladies of Bollywood back together. Sharmila even credits Amrita for Sara’s upbringing. 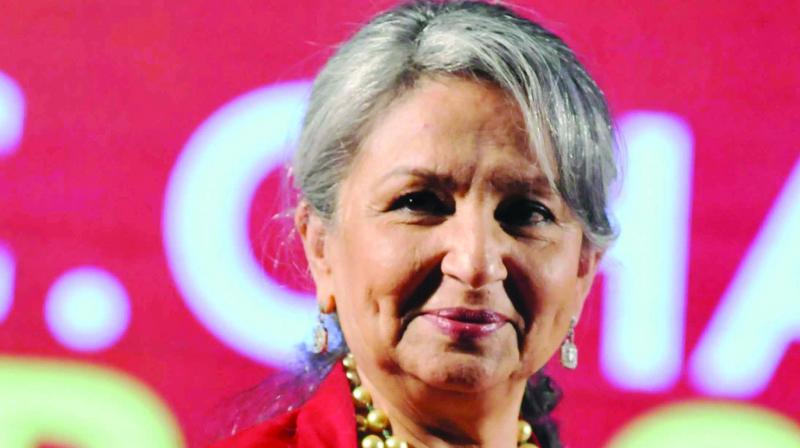 Funny, how children can wash away all  the rancour and make the family come together like never before. The film debut of Saif Ali Khan and Amrita Singh’s daughter Sara Ali Khan prompted Sara’s grandmother Sharmila Tagore to reach out to her former daughter-in-law Amrita Singh to congratulate the latter for Sara’s success.

Says Sharmilaji appreciatively, “Really, the credit for bringing up Sara and Ibrahim (Saif-Amrita’s two children) must go to Amrita. She has brought them up as such cultured poised children.”

The  parting between Saif and Amrita had been anything but amicable.

In a sensational post-breakup interview with me Saif in 2005 had said, “My leaving Amrita was not overnight. It was on the cards for a long time, and  another woman had nothing to do with it. When it (the separation) happened, it was like a very painful amputation. But it was also the best thing to do, given the circumstances. My son Ebrahim is such a chamcha of mine. He even does his hair like me; tries to walk and talk like me! While Sara understands the situation, Ebrahim(his son) thinks I’m just out for a long shooting schedule. Once, he asked me very loudly in front of a hundred people, when I was coming back. I felt like sinking into the ground. I miss my children so much! Anyone who thinks I’ve abandoned them doesn’t know what it’s like to be an absentee parent. I don’t have any answers for what has happened in my life. All I know is every penny I earn is for my children. I live for them. I’d die for them. My wife and I have gone our separate ways. I respect my wife’s space. Why am I being constantly reminded of how terrible a husband I was, and how awful a father I am. I’ve my son Ebrahim’s photograph in my wallet. Each time I look at it, I feel like crying… I’m not allowed to meet my children. They aren’t allowed to come visit me, let alone stay with me. I’ve settled for an extravagant post-breakup financial arrangements. I’m supposed to give Amrita Rs 5 crores, of which I’ve already given her approximately Rs 2.5 crore. Also, I’m paying Rs 1,00,000 per month until my son becomes 18. I’m not Shah Rukh Khan. I don’t have that kind of money. I’ve promised her I’ll pay up the rest of the money, even if I’ve to slog till I drop dead. Whatever I’ve earned from doing ads, stage shows and films is for my children. I’ve no money. Our bungalow is for Amrita and the kids.”