The popular south actress, who has refused many Bollywood films in the past, seems to have done it again. 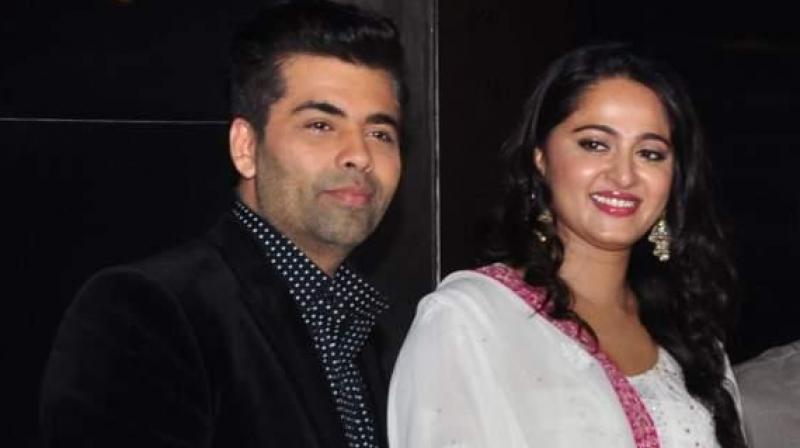 Karan Johar was a distributor of the Prabhas-Anushka Shetty starrer 'Baahubali'.

Mumbai: With Karan Johar's banner being one of the most prominent ones in Bollywood, it's obvious that people wouldn't mind making a few adjustments to star in any of his films.

However, it seems prominent stars from south don't feel they should go to that extent.

After talks between Prabhas and Karan fell through as the former reportedly quoted a fee of Rs 20 crores for his Bollywood debut, his ‘Baahubali: The Conclusion’ co-star Anushka Shetty has reportedly turned down an offer from the filmmaker.

Amid constant reports of their relationship and marriage, Prabhas and Anushka have always maintained that they are good friends, and it seems the former played a minor role, with the inadequate part playing the major one, behind her decision.

"Karan was keen on casting Anushka in one of his projects, but she didn't find the role adequate enough for her. She had rejected Tamasha for similar reasons as well. And yes, there are speculations that she may have consulted Prabhas before refusing the film," a source told India Today.

The report claimed that previously the actress turned down Ajay Devgn’s ‘Singham 3’ and ‘Golmaal’ series as well.

It seems that Prabhas and Anushka are confident about their upcoming films 'Saaho' and 'Bhaagamathie' respectively and don’t feel that there’s any need to rush for a Bollywood debut.