He spoke about headlines involving rumoured girlfriend and mentor, their action film and ‘Student of the Year 2.’ 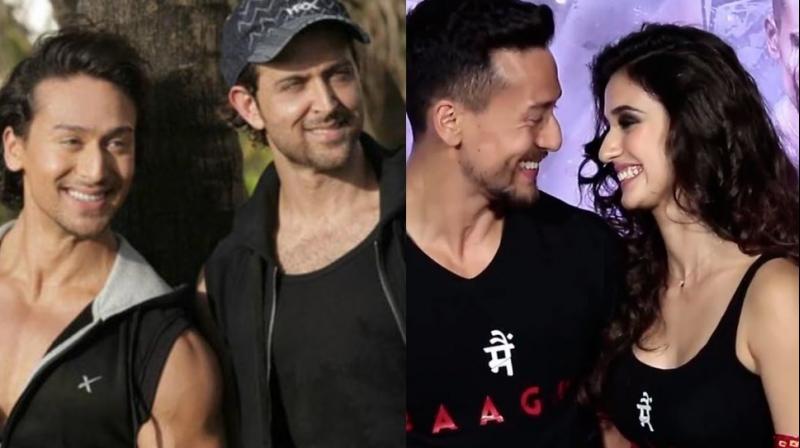 Tiger Shroff became the common point in the controversy as both Hrithik Roshan and Disha Patani are close to him.

Mumbai: Actor Tiger Shroff has said the reports of his rumoured girlfriend Disha Patani walking out of a project because Hrithik Roshan flirted with her were extremely 'silly', and there is no truth to that.

There were reports that Disha walked out of Hrithik and Tiger's next film as the former allegedly flirted with her.

When asked about it, Tiger told reporters, "It's part and parcel. Not just Hrithik sir, every star faces that. Once in the limelight, you become an easy target. It was a very silly rumour. I know both of them very well, they are nothing like that. They are lovely human beings."

Disha Patani had earlier rubbished the reports as "childish and irresponsible gossip" and called Hrithik a "dignified" person.

Tiger was speaking at the launch of new range of Macho.

The ‘Baaghi 2’ actor said it was too early to speculate whether Hrithik and he would have a dance-off in their untitled movie backed by Yash Raj Films.

"It's too early to talk about that because we haven't created that song yet. But there's an interesting situation in the film where we come together on the dance (floor).

"It has been my lifelong dream to work with him. He's everything for me. I look up to him as an actor, human being. I am his big fan. I'll get to learn a lot from him. We begin shooting from October," he added.

At the event, he also brushed aside rumours that he will be collaborating with Sanjay Leela Bhansali and said the filmmaker was 'kind enough' to meet him for a courtesy meeting.

Tiger will be seen next on screen in ‘Student of the Year 2’, in which, it was reported that the actor has put a no-kissing clause.

When asked about it, the actor said, "It's just a rumour. If you've seen any of my films (you'd know). Not that I have deliberately done it (kiss) but every one of my films has had a kiss. If the story demands, I don't have a problem. As actors we have to be open things.”