Aayush Sharma had unveiled the teaser of the song and the festive beats had created excitement since then. 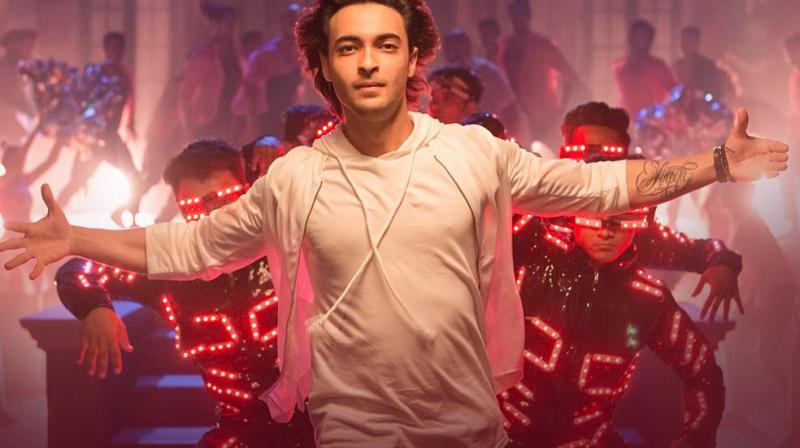 Aayush Sharma had unveiled the teaser of the song and the festive beats had created excitement since then.

With Ganesh Chaturti only a day away, team #Loveratri has released their fourth song this morning 'Rangtaari' and from the looks of it; it comes across as Aayush Sharma’s introduction in the movie. The song is a quirky mix of Bollywood and dhol music which is extremely catchy to the ear.

The song has foot-tapping beats and vocals, Aayush Sharma's dance moves do complete justice to this groovy number and Yo Yo Honey Singh once again proves his versatility as his rap enhances this energetic number.

Composed by Tanishk Bagchi and penned by Shabbir Ahmed Rangtaari is the perfect festive number.

Also starring Warina Hussain as the female lead, written by Niren Bhatt, 'Loveratri' is directed by Abhiraj Minawala who will also be making his directorial debut with the film.

It is produced by Salman Khan under the banner of Salman Khan Films and is slated to release on 5th October 2018.