The actress talks about navigating her way through Hollywood, her personal transformation and her upcoming releases. 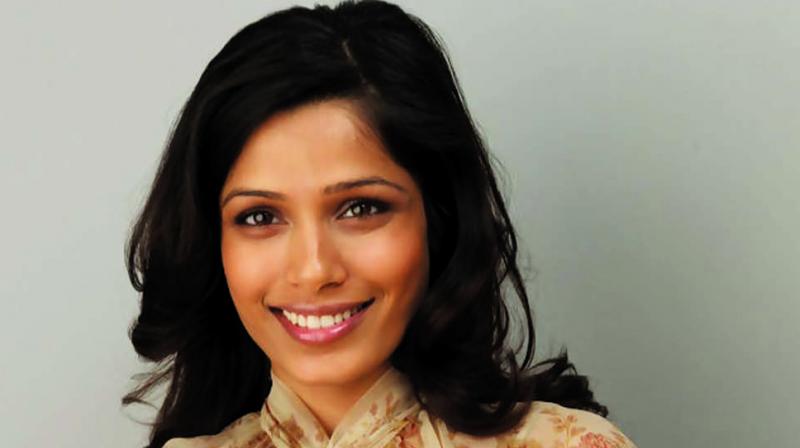 Actress Frieda Pinto has never been one to play it safe. After making a dream debut in Danny Boyle’s 2008 hit Slumdog Millionaire, she’s done a number of major Hollywood films, becoming one of the only Indians to make her mark so quickly in that space. Most recently, she’s been a part of Love Sonia, a film about sex trafficking that’s all set to hit silver screens across the country.

Sitting down for a chat, Frieda reveals that despite breaking the western barrier, there was a time when she felt well and truly lost. “I was not lost because I wasn’t getting work. I was getting too much work. But I wasn’t satisfied personally. And that’s because I wasn’t choosing the work I was doing, I was just doing whatever was coming my way,” she says.

She then decided to take a break to re-evaluate her position — a choice that not many actresses with a tonne of work coming their way would have the courage to make. “Ten years ago, I was not confident. I had so many questions in my head, and I was desperately looking for answers. But after my break, I came back with loads of confidence. Today, I’m sure I don’t feel lost anymore. I can accept my flaws and speak my mind. And I am the happiest I’ve been,” she adds.

Talking about her experience working in the west, Frieda says that she’s been trying to change people’s incorrect notions about India, and Bollywood. “I keep telling them that our films are much more than musical-masala films. The sensibilities of Indian filmmakers are definitely changing and evolving. They’re coming out with films like Baahubali, which was a huge commercial hit, as well as Masaan, which deserved all the rave reviews it got,” she says, adding “I also tell them to watch the films of actresses like Shabana Azmi and Smita Patil.”

“People in the west think that India is a conservative country and I keep telling them that we are not conservative at all,” Frieda says.

Ask her how it feels to be making the country the proud and she responds, “All the citizens of India can do their bit and make the country proud. To make a change, you need not take out a morcha. You can solve problems within your own community, in your own way.”

“On my part, I try my best to promote the education of girl-children. There are about 104 million girls across the globe. And the day we can say that every one of them is educated and capable of earning a living will be the proudest day for all of us,” she adds.

Talking about her upcoming film, in which she plays a sex worker, she says, “My character, Rashmi, is really colourful. It’s a role that’s been written well. Love Sonia depicts the plight of Mumbai’s sex workers in an authentic manner. A lot of research has gone into the film.”

In the film, Freida shares space with Richa Chadha, Rajkummar Rao, Manoj Bajpayee and Demi Moore, among others, and she says that working with them has been a great experience. “I was really impressed by Richa’s performance. She is a phenomenal actor, and I am honoured to be working with her and Manoj Bajpayee. Richa is an actor who loves becoming her character, and that’s what acting is all about. It’s about being the character on the reel,” she says.

Meanwhile, she’s also preparing for the release of Mowgli directed by Andy Serkis. “Andy was really surprised when my agent called him and told him that I wanted to be a part of the film,” Frieda reveals, adding, “I didn’t care even if it was a small role.”

“I told my agent that when I was a kid, every Sunday, I would rush home from Sunday School just to hear the song ‘Jungle jungle baat chali hai… chaddi pehen ke phool khila hai’. I grew up watching the show, and so I really wanted to be a part of the film. It’s a huge achievement for me,” she says.

Mowgli, which has been in the making for over three years now, is scheduled to be released on Netflix sometime next year. And Frieda will be seen playing Mejua in it. As they say, sometimes the smallest things can bring the greatest satisfaction.