The collaborative parody video comes right ahead of the release of Kangana's Hansal Mehta helmed 'Simran'. 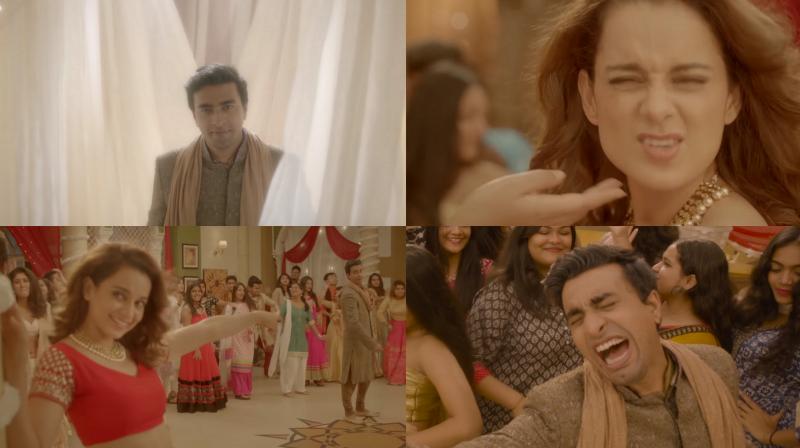 The actress, long admired for her destructive candour, has again been in the news for her vociferous takedown chastising of Hrithik and Rakesh Roshan, with some even calling it a promotional strategy to keep her upcoming Hansal Mehta helmed 'Simran' in the news.

And now, the actress has collaborated with the internet's enfant terrible, the All India Bakchod on a parodical takedown of Bollywood's obsession with sexual objectification of its actresses.

The hilariously unabashed video, has the actress exposing the flimsy investment of legitimate content on an actress' role in the film, with her involvement being limited to titillating the audience and cashing in on its inherent voyeurism.

As serious a topic as it is on paper, the video never lets go of its intention to infuse dollops of humour into it, with passing references to her 'infamous' take on nepotism and the subsequent industry blue blooded backlash she had faced.

With the video, the actress has once again proved that she has her perspectives, humour sense and acting chops in place, and like it or not, the lady is here to stay!