The National Award-winning actress has of late turned into the queen of controversy. 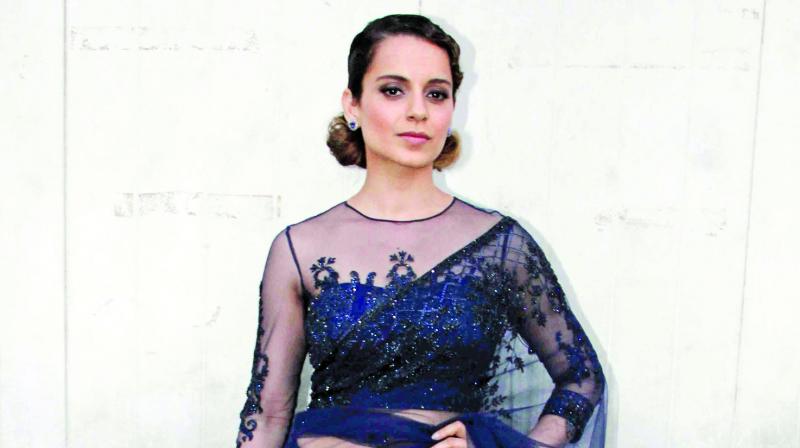 On courting controversy
Kangana cannot keep mum on the things that are connected to her life. “People need to know the truth. Other women in the industry feel I am insane. They feel we must always be politically correct. Bhai, hum aisa kyun karen! (Why should we do that?) I feel being politically correct is overrated. In fact, I feel actresses giving such statements need to change their attitude,” she says.

There are two sides to every story. Though it isn’t necessary to always react to things, Kangana feels the public should know her side of the story.

“When people like Karan Johar, Hrithik and Apurva mention me in their blogs or social media posts, it’s essential for me to give befitting replies. They are considered to be intelligent, but they have such ‘Dakiyanusi vichar’ (low thinking.) People should also know what exactly goes on inside the industry,” she explains.

“Until the day I portrayed myself as a ‘Bechari’, they were the ones who pretended to support feminism. But the day I raised my voice they boycotted the ‘Mahila mandal’ (she laughs). The moment I started demanding my rights they stopped supporting me.”

On her journey
When I entered Bollywood, I was merely 16 or 17. Today, I am 30 and mature. I have clarity of mind because of all these experiences I have undergone. People hate me because I’m brilliant at my work. In a male-dominated industry they wonder how a beautiful young girl can be intelligent.

About being labeled as having a man-bashing attitude, she bluntly says, “I am a household name today. Having won three National Awards, I do not need to attract eyeballs by merely bashing men. I need to share my sweet and sour experiences with the people who love me. For the girls who are the future of our industry, I feel they should know a little about the profession they are choosing.”

Kangana doesn’t believe in compromising on her dignity for work. “I left home to achieve my ambitions. I have achieved more than expected. I may get work or may not get work, but I will never like to get work by losing my dignity. I am a success story. I have no problem if I have no future in the industry. If I am working, then good for the industry. But if I pack my bags and go, then good for me,” she says.

After Rangoon’s dismal performance, she has decided to not let the outcome of her films affect her. “When Rangoon was to release I prayed really hard for the film to be successful. Meine dher saari mannat bhi mangi thi. But the film flopped. I knew people who don’t like me, would be rejoicing. With Simran, I have made a conscious decision that whether the film does well at the B.O. or vice versa, it will not affect me. I have a house in Manali. I will go and relax over there,” she explains.

Whether I am offered films by the industry wallas or not, I cannot keep mum on things which are connected to my life. Truth needs to be told. I only care for one thing and that is — I need to lead a peaceful life. Yeh meri zindagi hai, apne hisab se jeena hai mujhe, kisi ke dabab mein nahi jee skti hoon mein.

On pay disparity
“My question is when we put in the same number of hours as men then why should we not be paid well? I am also investing my time, energy and hard work. I am not asking to be paid equally as the hero but at least wish to be paid well for the responsibilities I share in the business equation,” she explains.