Ever since Karan Johar has announced his directorial ‘Takht’, the interest over that project has gone on a new high! 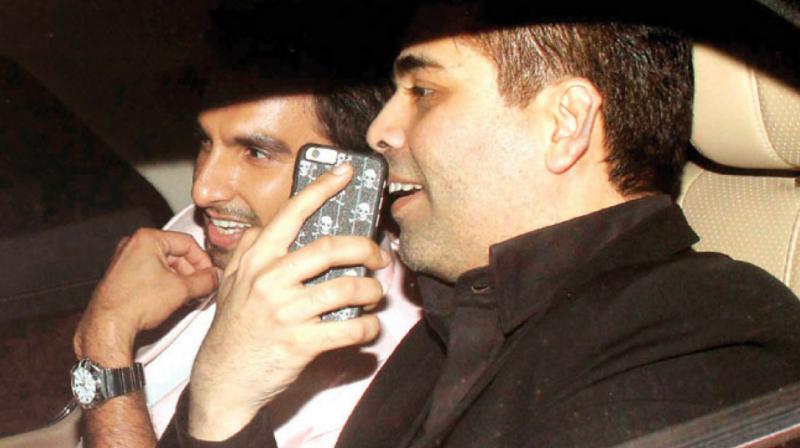 Ever since Karan Johar has announced his directorial ‘Takht’, the interest over that project has gone on a new high!

A Bollywood Hungama report says that Anil Kapoor will play Shahjehan, while Kareena Kapoor Khan will be seen playing his daughter Jahanara Begum. While Vicky will be seen as Aurangzeb, Ranveer, who had won a million hearts with his Alauddin Khilji act in Padmaavat, will reportedly be seen as Dara Shikoh in Takht.

The report further reveals that Alia Bhatt will play Ranveer’s wife Begum Nadira Banu in the film, while the role of Aurangzeb’s wife Dilras Banu Begum will reportedly be played by Bhumi Pednekar. And finally, Janhvi Kapoor, after her dream debut in ‘Dhadak’, will be seen as a slave girl in the Karan Johar movie.

Speaking to Film Companion, Karan revealed, “It’s like the K3G of the Mughal era. But it’s more extreme, there is more betrayal. It has the tropes of court politics. It’s so rich in texture.” He then assured, “It’s about two warring brothers and it’s based on facts.”

While Janhvi Kapoor is still in shock about being cast in the movie, Karan Johar spoke about comparisons with Sanjay Leela Bhansali. “I would be lying if I didn’t admit that the comparison is very challenging. I love Sanjay’s aesthetic. The comparison scares me but I hope I can find my own voice. I hope I’m not doomed by comparison,” he said.