Dhanush's terrific screen presence holds it all together, while Kajol looks elegant in the role of an arrogant multimillionaire. 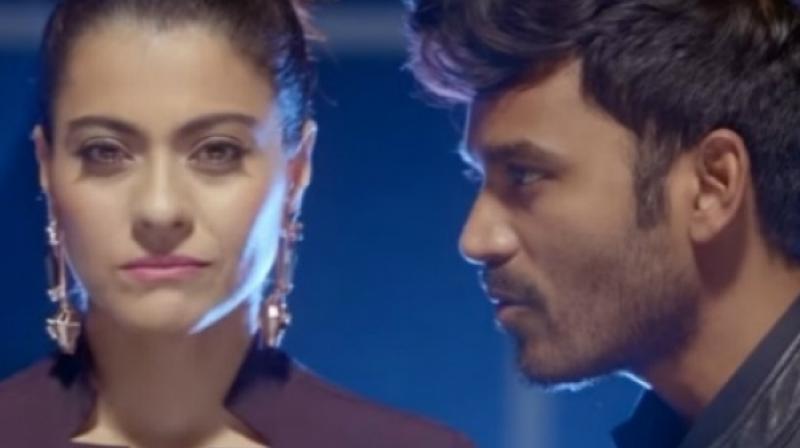 Dhanush’s VIP was adored by everyone for its solid content and beautiful packaging, along with the actor’s admirable performance of a jobless youth. In VIP 2, story writer Dhanush and director Soundarya Rajinikanth retain all the memorable characters from part 1, the lovable protagonist Raghuvaran (Dhanush) who is now married and has a job, his dad (Samuthirakani), lover-turned-wife Shalini (Amala Paul), brother (Hrishikesh), colleague Azhagusundaram (Vivekh) replete with his favorite Mofa (moped), dog named Harri Potter and the tent in the terrace. And Ritu Varma replaces Surabhi.

Part 2 is about the conflict between a middle class civil engineer who works in Anita Construction and Vasundhra Parameswaran (Kajol), Chairperson, Vasundhra Constructions, the biggest construction company in south India. Does it live up to the expectations?

The film opens with Raghuvaran winning the Engineer of the year Award where Vasundhra was also present.  When she comes to know of Raghuvaran’s feats, she offers him a job in her company, but the former refuses saying that his aim is to start his own company with the VIP boys.

Meanwhile, Vasundhra loses yet another big contract to the tune of Rs 600 crores to Raghuvaran because of her arrogant behavior. Irked by Raghuvaran whom she considers like dust, she starts her dirty game of spoiling all the businesses of Anita Constructions through her political connections. Raghuvaran resigns his job to prevent his boss from being attacked by Vasundhra. Now, once again Raghu becomes Velai Illa Pattadhari. How with the help of his VIP boys does he win over Vasundhra forms the rest.

It’s Dhanush who’s the soul of the film and his terrific screen presence and performance holds it all together. To live in Raghuvaran’s role once again is a cakewalk for him. Kajol looks elegant and suits the role of an arrogant, multimillionaire with loads of attitude. But there’s something that is lacking in her characterization. And her sudden change of heart just for a flimsy reason appears unconvincing.  One wonders why Amala Paul’s character, which was sort of a motivating factor for Dhanush, has been made a nagging wife in the sequel. Wish Soundarya could have molded her character in a nicer way. Samuthirakani does his part, which is a role reversal - an understanding dad here, well. Vivekh and his Thanga Pushpam comedy is a cliché. And the gags at times seem forced with some falling flat.

The pre-interval story is the repeat of part 1 with some interesting scenes added and is mostly enjoyable. But post interval, the scenes are predictable and the conflicts are not strong enough to hold the interest. The screenplay could have been energetic and spirited. Dhanush has brought the recent famous incidents like the Jallikattu protest and Chennai floods in to the story to his advantage.

One cannot help but compare Anirudh’s brisk and peppy music in VIP to Sean Roldan’s in VIP 2. Though BGM is okay, the songs are just about adequate. A film strictly for Dhanush’s fans.