Entertainment   Bollywood  12 Aug 2017  Reviewers talking about how I just blow cars up in films in unfair: Rohit Shetty
Entertainment, Bollywood

Reviewers talking about how I just blow cars up in films in unfair: Rohit Shetty

The filmmaker says there hasn't been a car sequence that has surpassed two minutes, maximum five in his films. 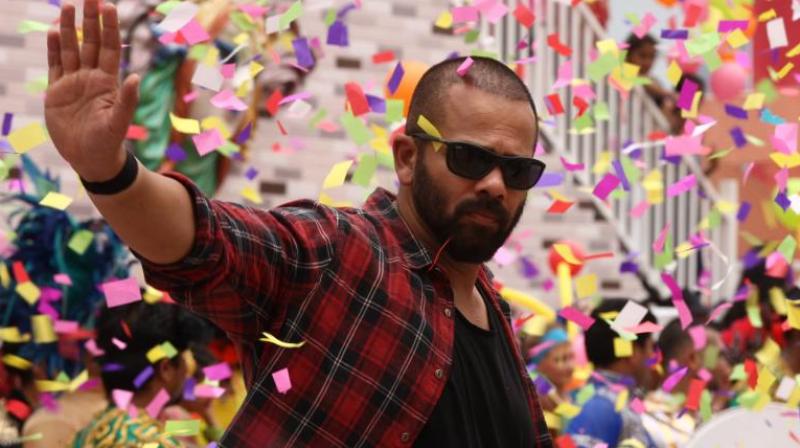 Hyderabad: Rohit Shetty's name conjures up the image of expensive cars blowing up mid air, but the director said he has tried to stay away from his signature style in 'Golmaal Again'.

The 43-year-old filmmaker said he was tired of the media and reviewers' for bashing his films for "just having many car sequences".

"I'm not blowing up cars this time in. I'm on detox in 'Golmaal Again'. It's a little unfair that you do so much hard work to make a two and half hour film and all they talk about is how I just blow cars.

"They make it look like the moment they sat to watch the film till the time they left the theatres, it was just about that. Pick any film of mine, there hasn't been a car sequence that has surpassed two minutes, maximum five," Shetty told reporters on the sets of the film in Ramoji Film City.

The filmmaker, who is directing the fourth film in the 'Golmaal' series, is once again banking on the hit formula of fun and celebration.

"Consciously, we've worked hard and we know there will be a lot of expectations. This film is bigger and better. We hope audiences like it. You have to make sure that you don't go overboard.

"Also, don't take the audience for granted. Don't think that it will work because it is 'Golmaal'. There's a lot of humour, but the story is simple. It doesn't need extraordinary characters, it needs the simplicity."

The director said he has extensively used computer-generated imagery (CGI) in 'Golmaal 4' to make it a children-friendly movie.

"We have tried to go along the lines of Disney in terms of visuals. There is maximum use of CGI than in any of my films. We tried to give it a comic book feel. Just like 'Harry Potter' or 'Krrish' for children."

Shetty, known for his larger-than-life potboilers, said he was comfortable in his zone as a director and never felt the need to break out of it.

"I have always made big films. In fact, I'll feel odd if I make smaller ones. I only make those films I feel I can pull off. I have to be comfortable with the project first.

"If I try to be someone else, it will not work. I'm happy doing what I do. I feel it's important people are happy while making a film. Otherwise, we can't entertain people on screen," he said.

The filmmaker recalled that he was in a tough spot after his directorial debut, 'Zameen', had bombed at the box office and 'Golmaal' happened by sheer accident. "'Zameen' had tanked. I was writing a thriller when I got a call from writer Neeraj Vohra. He said he had a script for me inspired from a play they did back in the day.

"When I first heard the script, I thought this is a career saver for me. Then I went to Ajay (Devgn) with it who eventually came aboard," he said.

Shetty quipped the industry had tagged 'Golmaal' as "disaster in making" as it had a director-actor duo, known for action, making a comedy.

On making sequels, the director said installments of only those films should be made that are satellite-friendly.

"I feel my films are satellite friendly. I can't make a sequel to a film that no one has heard about for 25 years.That's why it will have a recall quality and the sequel gives you an assurance of becoming a hit," he said.

The movie releases this Diwali.