The duo, who became the epitome of friendship after Sholay, may just reunite for another project. 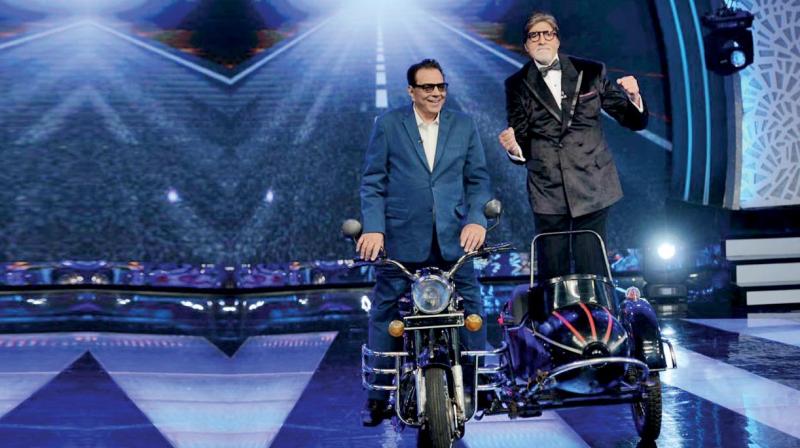 It looks like we may just get a chance to see Jai-Veeru on the big screen once again. That’s what Dharmendra indicated when we spoke to him recently.  “We cannot plan a film together — it will happen all of a sudden. People want to see us together, and it will happen soon,” says the actor. He further asserts, “Amitabh  (Bachchan) has worked with other actors and so have I. However, when we we work together it is like magic. We will create magic together, once again,” asserts Dharmendra.

The actor is also looking to re-unite with sons Sunny and Bobby Deol in the next instalment of Yamla Pagla Deewana.  “Yamla... will go on the floors in a few days. It is a very good script. I love the camera and I am waiting to face it again.”

Dharmendra is also excited about his sons coming together for Shreyas Talpade’s Poster Boys. “I am excited about that film.  The Marathi film was also a huge hit. The trailer tells me that the film can do very well. The rest, only God will decide,” he signs off.