I have no issues being called Shilpa’s sister, says Shamita Shetty

Shamita Shetty doesn’t feel that she has been overshadowed by her popular sister Shilpa. 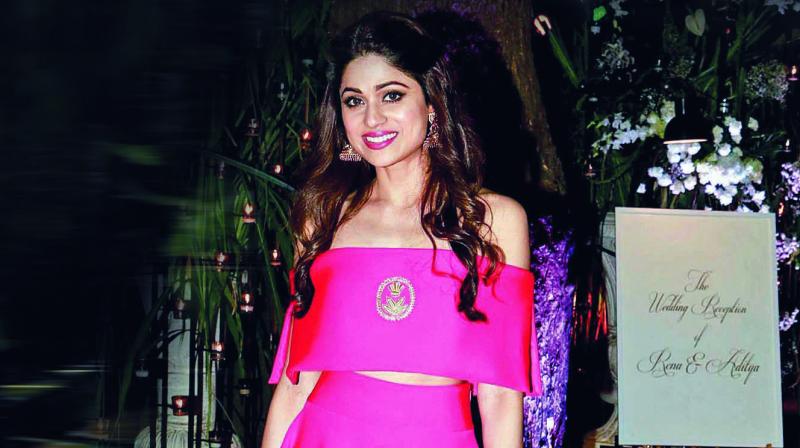 Comparisons are the most tricky phase in any actors career and Shamita Shetty is one such actress who is dealing with it for the longest time. She is the younger sister of successful actress Shilpa Shetty that perhaps is one of the crucial reasons for comparison. The actress who is still struggling to make it big in the entertainment industry says now its doesn’t bother her any longer being called as Shilpa Shetty’s sister.

Shamita says, “Now, it doesn’t bother me I am so proud of my sister for everything that she has achieved. To last out in an industry like this for so many years is not easy. I have no issues being called Shilpa Shetty’s sister. I am so proud of her.” She, however, confesses comparisons did bother her during the initial days of her career.

She says, “Initially, it bothered me. I didn’t understand how can you compare one person to other. So it’s silly to have those comparisons. Today, I don’t care about what people have to say about me only.”

Shamita Shetty got the best launch any actress could have asked for with Aditya Chopra’s Mohabbatein. Despite that, her struggle to make it big in Bollywood remained a dream.

Shamita who did films like Cash, Zehar, Fareb had to face a lot of criticism as an actor and recalling that phrase she said: “I don’t know why it took me some time to get used to the ways of this industry because I have realised that out here when people want to pull you down they really pull you down. You just have to be strong throughout. Of course, I was not prepared for all this. I think success failure is just a part of life it doesn’t define who you are as a person and an individual.”

The actress is now making her debut with a web-series. “Everything is going digital now and I also feel it has given a lot of actors a chance to experiment something new in terms of scripts. This is one platform where they don’t have censorship dangling on their head. So they can express themselves much better,” the 38-year-old said.

While her sister is all settled in life ask Shamita does she have any plans to settle down she said: “Not as of now maybe, in time but not right now. Of course, I love Viaan. He is probably the only kid I adore and love. Everything has the right time. Things have to happen at the right time. Not meant for me right now I guess.  Whenever it has to it will happen.”