Entertainment   Bollywood  12 Aug 2017  ‘I am not at all upset with it’: Pahlaj Nihalani after being removed as CBFC chief
Entertainment, Bollywood

‘I am not at all upset with it’: Pahlaj Nihalani after being removed as CBFC chief

The filmmaker says that it was the government’s call, but feels his tenure brought about significant changes in the board. 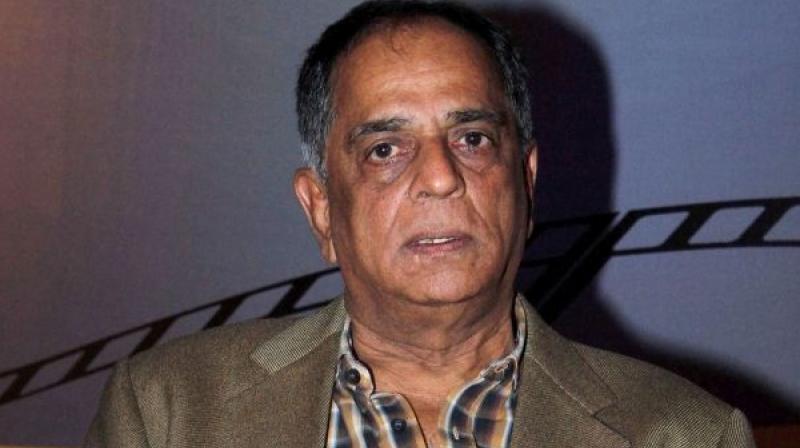 Mumbai: Pahlaj Nihalani perhaps was perhaps more in the news in the last two years than even some of the most popular Bollywood celebrities.

The filmmaker was always being in the limelight for some bizarre decisions taken by the Central Board of Film Certification (CBFC) with respect to certification of films during his two-year tenure as chief.

On Friday, the maverick personality was replaced with veteran writer-lyricist-ad man Prasoon Joshi, with the entire board getting restructured with the induction of Vidya Balan and several new members in the board.

Former actress Smriti Irani’s induction into the Information and Broadcasting Ministry seems to be responsible for these sweeping changes.

Nihalani was always known to be close to the ruling party, however, the government did not officially inform him of its decision.

“I didn't know about it. When I got the charge back then also I got to know through media and now that someone else has been appointed, this also I am getting to know through media. I have nothing to say and I respect Indian government's orders," Nihalani told entertainment portal Pinkvilla.

Despite so much objection, Nihalani says only 2 per cent people were ‘unhappy’, who he feels can enjoy now following his exit from the board.

He said, "I am not at all upset with it. 98% of the film industry was happy with my work, it was just 2% that are unhappy. But I wish them all the best. And har kisi ke kaam mein ache aur bure ki pehchaan hoti hai (everyone gets criticized and praised for their work). Let them enjoy and wish all those producers who think I haven't done good job.  There has been no direct communication with me at all. Nothing is my hand, it is government's decision. I didn't come here to be permanent. Whatever the responsibilities they gave me, I did it with all sincerity and entirety. My staff has supported me and CBFC became corruption-free and online certification also became transparent (under my leadership)."

He further said, "I have recommended it earlier too that we should have a fixed rating scale. Government hasn't done anything new. If they wanted to do something, they would have listened to my request.  I have adopted the rule book that they gave me and the name is Censor Board of Film Certification. My team members and I followed it. Previous members didn't follow it. I have implemented it."

With Nihalani’s removal, it is finally ‘ache din’ for the film industry? Only time will tell.