“Aamir Khan’s Dhobi Ghat had to get a clearance from the dhobi community before it could be called that,” says a source from the CBFC. 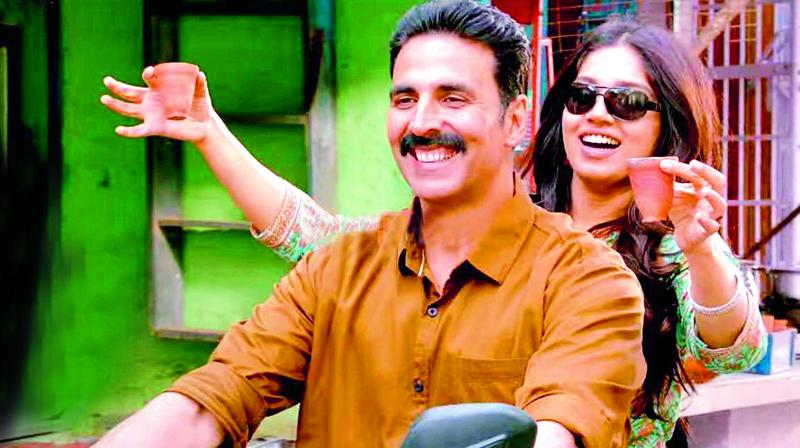 Toilet: Ek Prem Katha is embroiled in a caste controversy. A character in the film was heard saying, “I am a Brahmin. But I eat eggs.”

While initially the Central Board Of Film Certification (CBFC) let the line go, thinking it is more an individual comment than a comment on any caste or community, it was soon brought to light that the seemingly casual line highlights a caste bias. A source from the CBFC says, “We’ve asked the makers of Toilet: Ek Prem Katha to remove the caste reference. The word ‘Brahmin’ is not allowed especially when it seen to be speaking on behalf of the community. The line propagates the myth that Brahamins are strict vegetarians. We cannot allow sweeping generalisations on any caste or community,” says a source from the CBFC.

The line referring to a Brahmin who eats eggs would have to be removed. “The caste system has been abolished in India. If today J. P. Dutta wants to make Kshatriya, or the late Vijay Anand were to make Rajput, the titles would not be allowed,” says a CBFC source. The source adds that way back in 2008, a reference to a lohar (ironsmith) had to be removed from a song and dance featuring Madhuri Dixit in Aaja Nachle. Previously, the CBFC has asked the makers of Bombay Velvet to remove the word dhobi from a song in the film. According to the guidelines, all references to members of any specific caste or community is strictly prohibited through guidelines.

“Aamir Khan’s Dhobi Ghat had to get a clearance from the dhobi community before it could be called that,” says a source from the CBFC.